When I was a kid this would have been a dream come true.  As an adult it was hell.  My 6-year-old daughter hit the jackpot at a kid’s casino.  We were at a birthday party at a local arcade. It was a smaller version of Chuck E Cheese with the same lousy prizes.  Each game released tickets.  Usually you spend $20 and get 50 cents worth of toys and candy. This time my daughter won 1,000 tickets.  Many of the items “cost” between 25 to 50 tickets each.  Some are even less.  There are a few prizes that cost more. Children aren’t the best decision makers. (After the presidential primaries I guess you could say ‘neither are adults’)

There is no return policy at this counter.  You bought it – you keep it. So, my daughter wanted to take her time.  Let me repeat: She had to spend 1,000 tickets! 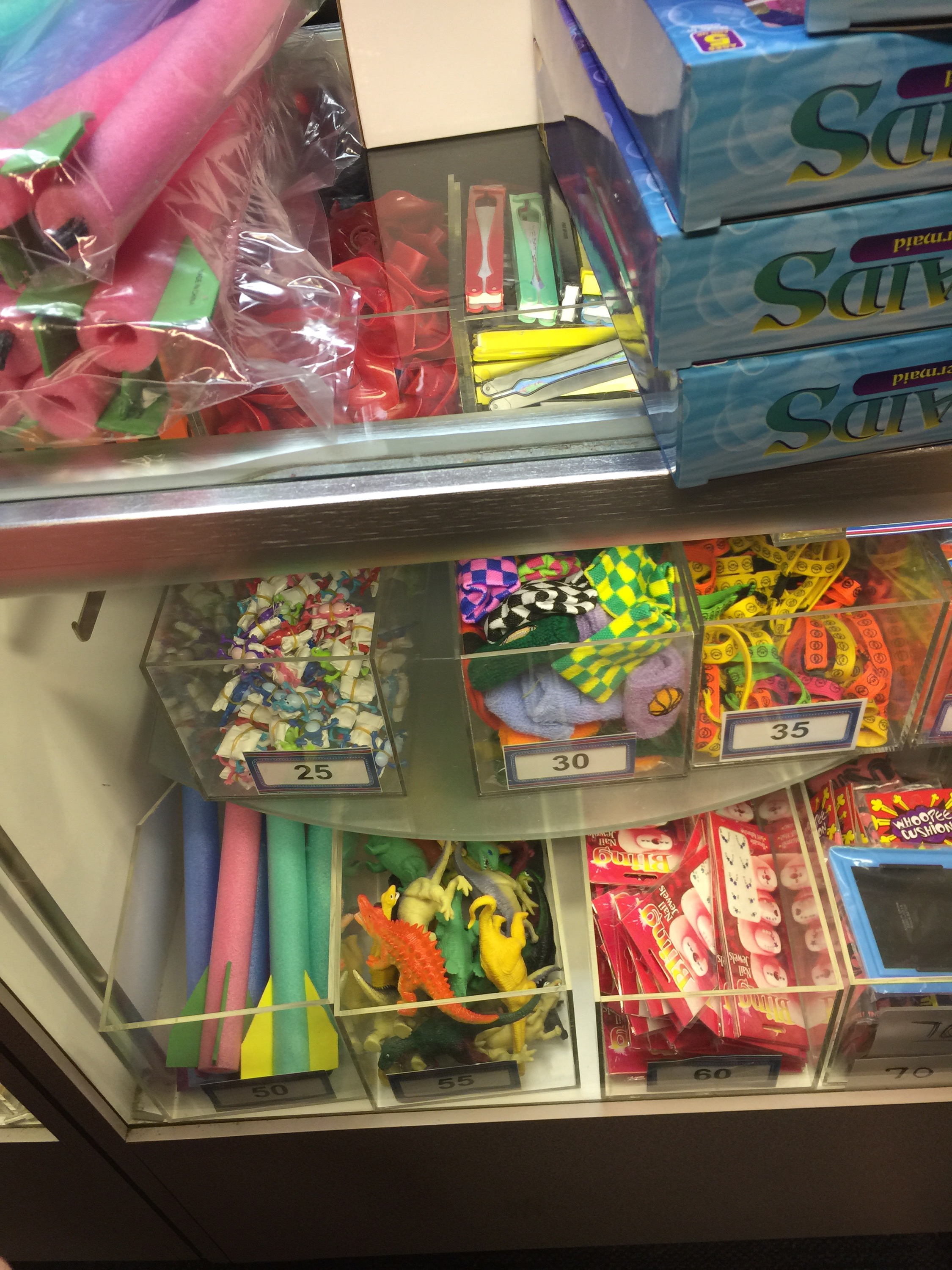 She started by choosing a fan, a tootsie roll and a ball.   The prize room was a sauna.  I was sweating profusely and she still had 900 tickets to go. At this point I could have given a door to door salesman a run for his money.  I was selling her on the high prices items. “Don’t you want this plastic doll for 700 tickets? You could change her clothes, take her for a walk.  It’s a real bargain!”  I knew damn well that doll would have fallen apart in 24 hours.  It had a lazy eye and adult pattern baldness.  I just had to get out of there.  Unfortunately, for me, she is smart.  She knew taking home Chuckie’s sister would would go home with less loot.  And by loot I mean plastic crap made in China.  So, she spent 15 more minutes shopping like a floating head on Wheel of Fortune.

“I will take the whistle for 25 tickets.”  I did not complain.  I couldn’t.  She was smiling from ear to ear. She placed her little hand in mine and we walked out with a plastic bag of things she will never play with again. (This isn’t my first rodeo)  “This is the best day ever,” she said. “I am so lucky!” No, I am – to have her.  And that she didn’t win 2,000 tickets.