And the award goes to…..

You can add ‘made a tuxedo for a chipmunk’ to the things I never expected to do as a parent. My children are creative. I encourage it even when their ideas may seem a little wacky. My 7-year-old son and 5-year-old daughter wanted to have an award show for their toys. Alvin would be the host. Obviously, he needed a tuxedo. They came up with this idea after overhearing my oldest and I discussing Academy Award nominations. We saw “American Sniper” this weekend. Unlike many critics, I did not think it was a “slow-going movie.” It was intense, powerful. If I were at home I would have been convulsing, snot and tears streaming down my face.

There wasn’t a mad dash for the exits when the credits rolled. The audience sat in silence. Even the lady to my left, who spent most of the film shoveling popcorn in her mouth faster than Bill Cosby can slip pills into drinks, was quiet. Who in the hell decided popcorn should be a concession stand staple? I love buttered popcorn as much as the next guy. However, a quiet theater full of strangers isn’t the most ideal place to eat a loud, crunchy snack out of a paper bag.

Bradley Cooper nailed this role. He deserves the Oscar nod. No, I haven’t seen many of the other nominated films. So, I cannot predict who will win. I can tell you Rocky lost the trophy to Buzz Lightyear. 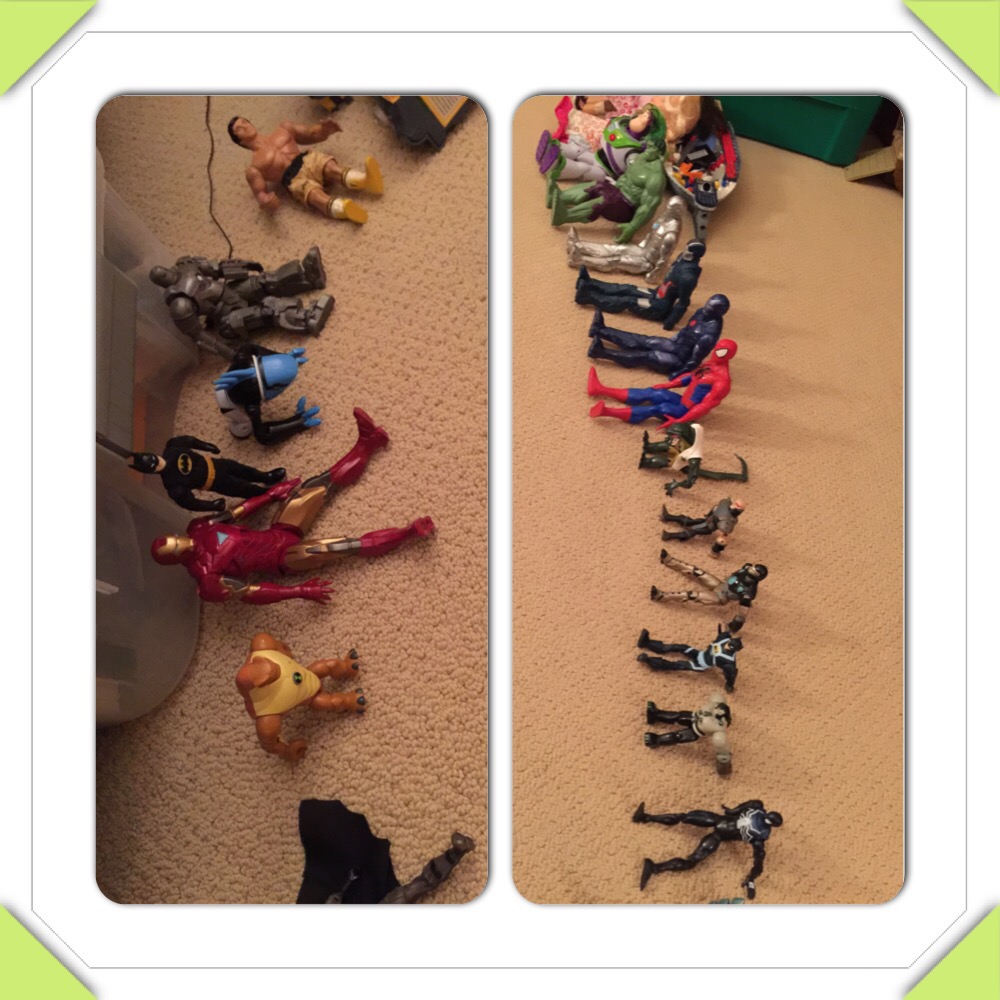 How does a space ranger beat a buff guy in shiny shorts? What was the Academy thinking?
Alvin got mixed reviews for his hosting duties. 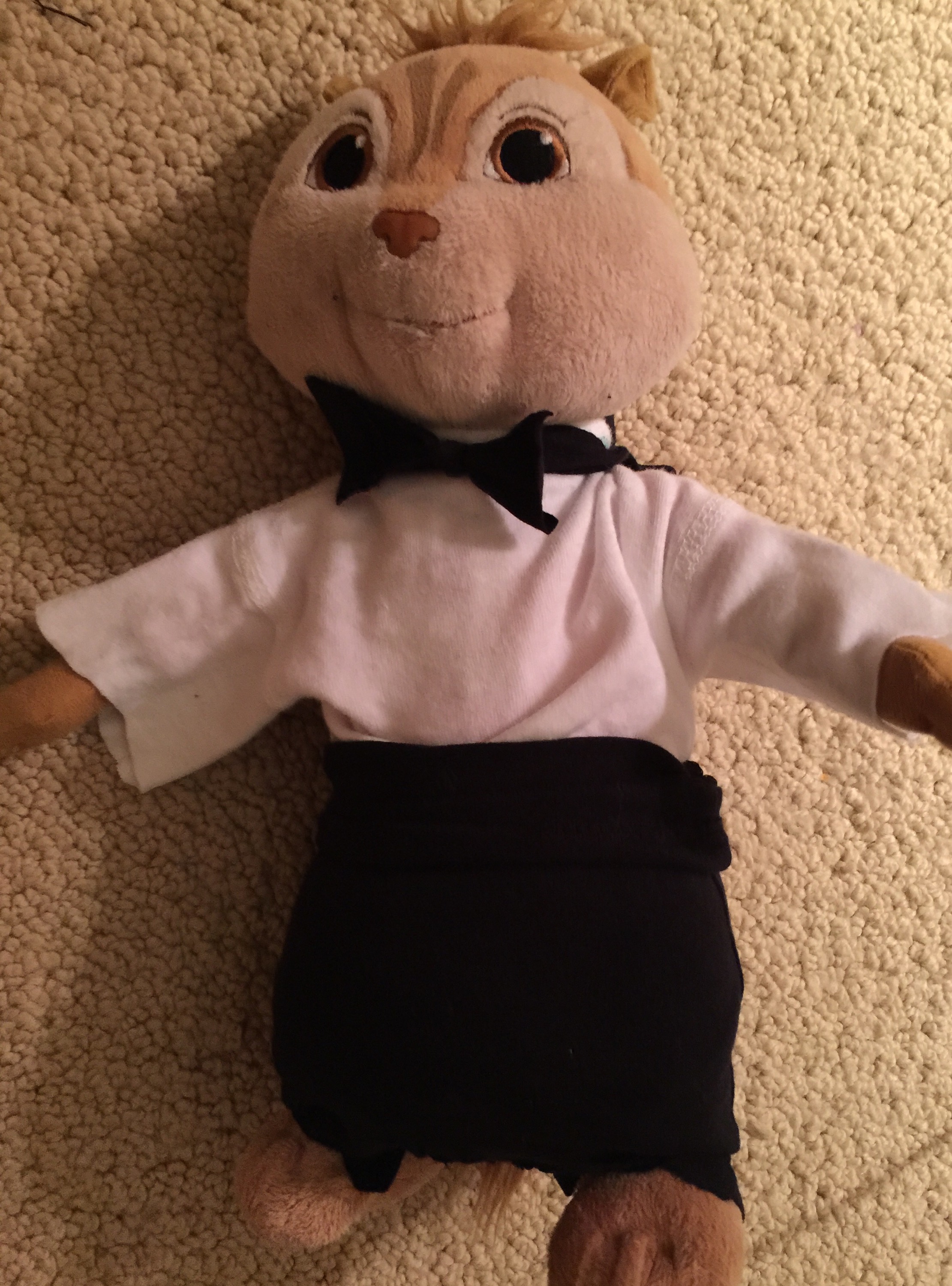 I made a suit for a stuffed animal out of old clothes. Yes, this is my life. I will file this under ‘things to remind the kids of when they say you never do anything for them.’

I went to the craft store to buy materials, but they were closed. Three clerks stood at a register and watched me walk to the door. They didn’t wave me off. No, that would have been the humane thing to do. Instead, they giggled as I tugged on each door handle, frantically searched for a ‘closed sign’ before attempting to open the door again. Laugh all you want ‘Mean Girls.’ Someday, you will be the woman with no life buying glue and felt.

It wouldn’t be the last disappointment of the night. Vintage Batman lost out to the mass-produced Amazing Spiderman figure. There is no justice in the world.

2 Responses to And the award goes to…..