Recently, I wrote a piece voicing my opinion on the STFU Parents Blog. Blair Koenig, who operates the site, left a scathing comment and sent out a tweet. I expected it.  I did not  expect to receive offensive emails calling me a bad mother, crazy and even attacking my husband’s military service.  Apparently you are not allowed to disagree with Blair. I know I am not the only one.

It seemed the visitors coming to my site weren’t familiar with my sarcasm and sense of humor.   I should have taken the high road, but decided to respond to her comment like I often do.  Then, my supporters started getting involved.   I decided yesterday, before it got ugly, to remove the post and put out the fire.  I left my initial piece up.  This is Blair’s response: 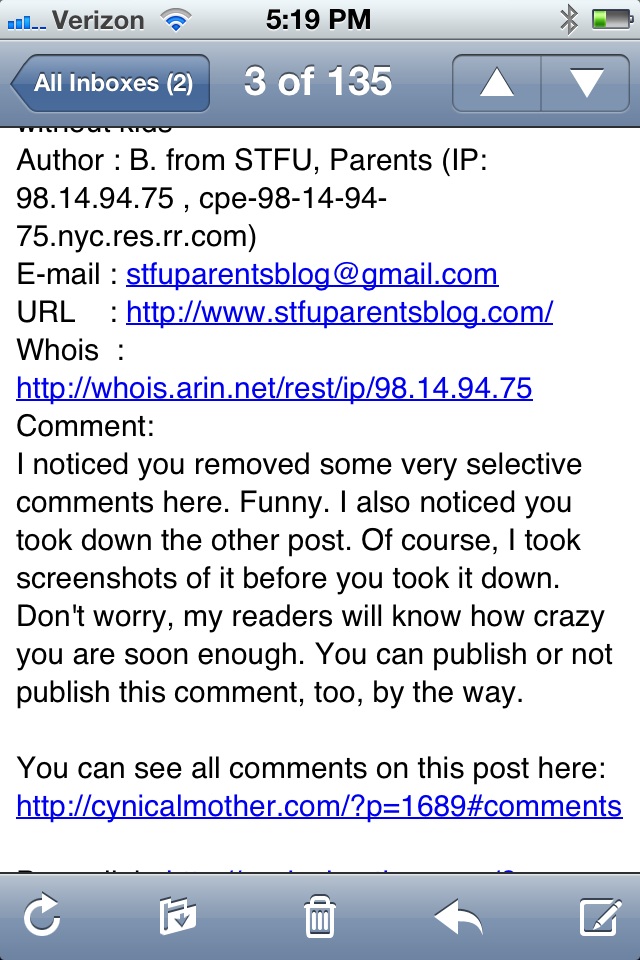 I never wrote an email threatening anyone.  In fact, in my first post I stated that some of her stuff was “really funny.”  I blog about my life as a mother.  I often make fun of myself.  Regardless of whether pictures are submitted via email or found on google, there are people on STFU Parents who are being laughed at without realizing they are part of the joke.  Sure, some people post TMI on Facebook.  Perhaps they are looking for advice, to vent frustrations or even brag about their child.  I am not organizing a protest, but I won’t give her book as a baby shower gift.  It would only collect dust while the recipient is posting photos on Facebook of their new bundle of joy. 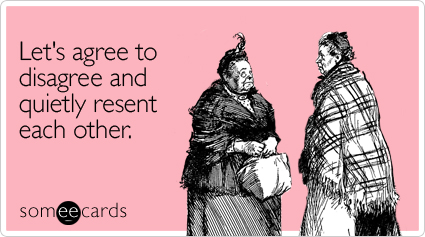