When I was young I dreamt of living in an apartment in New York City, working on “Good Morning America” and owning designer clothing, handbags, etc.  I briefly lived in the Big Apple. I worked as a nanny for a family on the Upper East Side. I had just graduated from college with a degree in broadcasting/journalism, but decided I needed to take a year to “find myself.” I am still looking. I also worked as a nanny in the Hamptons the summer  before my senior year. The family had three boys and three nannies. Two of the women worked full-time, year-round and I was hired for the summer.  Oh, and two of the kids went away to summer camp. The mother spent her days at spin class and getting her hair blown out. I was from a town of about 16,000 people. I couldn’t believe women paid someone to dry their hair. I will never forget one night when their middle child got sick. His bedroom was on the second floor and I was in the basement quarters. This was a basement in the Hamptons. There was a living room, bedroom and bathroom. The walls were a faint yellow, the decor was professional designed and the sheets on the bed were a thread count I will never be able to afford in my life. This little boy walked passed his mother’s room, all the way downstairs, in the dark to wake me up for help at 3 a.m.

I didn’t have a lot of money growing up. I wasn’t able to shop at the GAP or join the ski club, but if I got sick at night my mother held me. I had two great siblings and parents who loved each other.  Still, I longed for the finer things in life. Kids nowadays are influenced by TikTok, we had actual magazines. I would flip through the pages of Vogue imagining I was the woman wearing Chanel while dining in Paris. At one point in my life I met someone who promised me the world. He was ambitious and, truth be told, valued money more than almost anything. He would also tell me how great I was and in the same breath remind me how lucky I was to be with him because I came from a long lineage of “scum.” When you are torn down enough you can’t tell up from down. I started to believe my worth came from how I looked, what I owned or how much money was in my bank account.

I haven’t made it to Paris yet, but I did purchase a black Louis Vuitton satchel. To me, at the time, that logo represented success. I walked differently when I carried that bag. Then, I had to sell it in order to pay legal fees while going through a divorce. I understand that sounds like a first world problem. However, I worked hard to buy that bag. I came from humble beginnings and boxing it up for sale made me feel like I was going backwards.  Maybe he was right. I thought.  I won’t amount anything. That voice in your head can wreak havoc if you don’t silence it.

I had no choice, but to keep swimming. It took time and a lot of therapy, but I went from sobbing on the bathroom floor, wondering how I would ever survive both mentally and financially…. to thriving.  Something else changed this Christmas. I have an incredible new man in my life. He is kind, patient and thoughtful. He arrived on Christmas Eve with a box perfectly wrapped in elegant silver paper. I tore it open to discover a new Louis Vuitton bag. I cried. It wasn’t because I received an expensive bag, but because someone is treating me like I am worthy of one.   (But truth be told, I love that f*cking purse.) 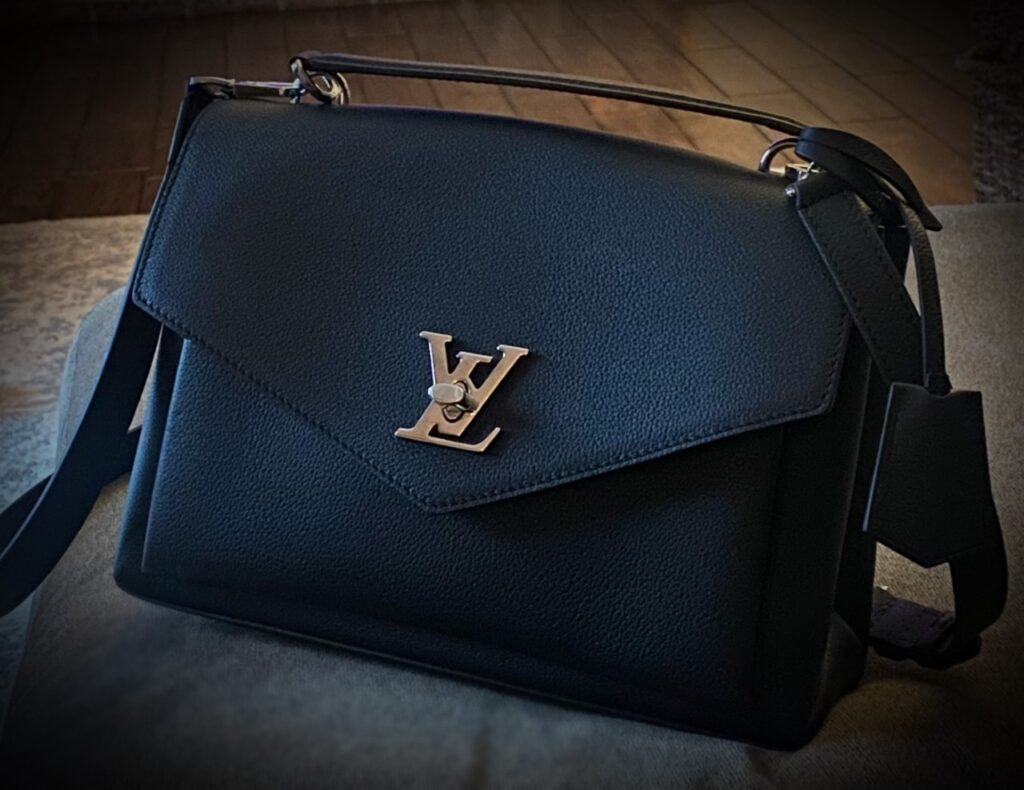