My 3-year-old thinks my doctor moonlights as a hairdresser. I had an appointment Friday morning to get a haircut. I tip toed around the house, hoping to sneak out without waking my children. I got dressed in the dark and used a manual toothbrush. (I forgot how exhausting that can be.) Unfortunately, my daughter woke up and demanded to know where I was going. If I told her the salon she would want to tag along, “I have to go to the doctor,” I said. My doctor’s office has a box of toys missing important parts and magazines published in 1998. “I will stay here with Dad,” she decided.

My hairdresser is a cool chick. She appreciates my humor and let’s me bitch about townies. Plus, she is talented enough to make my horse hair look good. I cannot say the same for another stylist who used to work there. She made me look like the lead singer for Ace of Base. 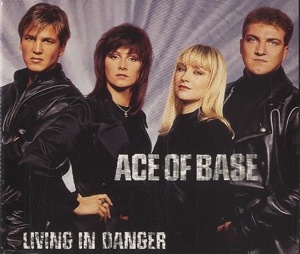 I never let her scissors near my head again. She jumped ship to open a tacky salon nearby. If you want a style from the 1990’s then she is your go to girl.

I may end up there. I don’t know if my current stylist, Erica, will ever take my call again. I realized, after I was already in the chair, that my breath smelled like I licked my dog’s ass. I devoured a bag of honey mustard and onion pretzels the previous night. It is the snack that keeps on giving. I tried to speak like a ventriloquist, but the odor was seeping through my teeth. The container of breath mints in my purse was empty. It wouldn’t have mattered. I needed an entire bottle of Listerine.