I went to a salon to get a manicure. I left with baby poop colored nails and hurt feelings. I’m not sure what was said, but I don’t think it was good. Please allow me to explain. My friend and I scheduled a ‘girls day out’ with our young daughters. First, we ate lunch at Ruby Tuesday. No, we didn’t have a time machine. It still exists for those desperate enough to eat flavorless food in order to avoid waiting for a table with whining children.  After lunch we decided to take the girls to get our nails done.  We rolled the dice that there would be a salon in the mall.  We stopped at the first one we strolled upon.   The prices were descent.  The manager directed our crew to choose a nail polish color.  The girls picked two bright colors.  Apparently, the trend is to paint one finger on each hand a different color.   I’m guessing the trend was started by a cosmetics company.  The girls were excited.  Their smiles were contagious.  ‘What a wonderful memory’ I thought.

I grabbed a bottle that appeared to be gray. That’s a little edgy for me, but I decided to take a walk on the wild side.  I can let my hair down every now and then.  In fact, a few days ago, I crossed the street outside of the crosswalk and took a drink of my latte before stiring it.

The technician assigned to do my manicure didn’t speak much English.   She seemed lovely, but we wouldn’t be having a deep conversation about global warming, the crisis in Syria or Ryan Gosling.  Actually, we wouldn’t converse at all until she cut my fingers.  She got a little cocky with the clippers and took part of my skin with the nail.   She quickly apologized and dug through a drawer for a small bottle.  It had what appeared to be rust on the side and was about three quarters full of a thick blue fluid.  She preceded to pour this magic liquid on my fingers to stop the bleeding. Funny how I’ve never seen this used by a licensed doctor or surgeon.   I have no idea what it was, whether or not I will get an infection, but it worked.  At this point the manager suggested I cash out before the technician painted my nails.  They ran my credit card and overcharged me $5.   I told the technician that I would give an additional $3 for her and the young girl who painted my daughter’s nails to split a total of $8 for a tip on a $15 manicure.  I thought that was fair.  Plus, I only had three ones in my purse.  She looked confused. So, I turned to explain the situation to the manager.  When I turned back around the manager said something loudly in Chinese and every worker in the joint laughed.   They laughed hard; deep belly laughs.  They were making fun of me.  I don’t know what she said, but my gut told me it was rude.  I wanted to stand up and shout, “What’s so funny, huh? Huh? Huh?”  I would have said three “huh’s” for dramatic effect if I were brave.  Instead, I sat silently as the technician began painting my nails.  I instantly realized the color she was using wasn’t gray at all.  It was baby poop green, but I couldn’t complain.  My ego couldn’t handle another foreign language put down. 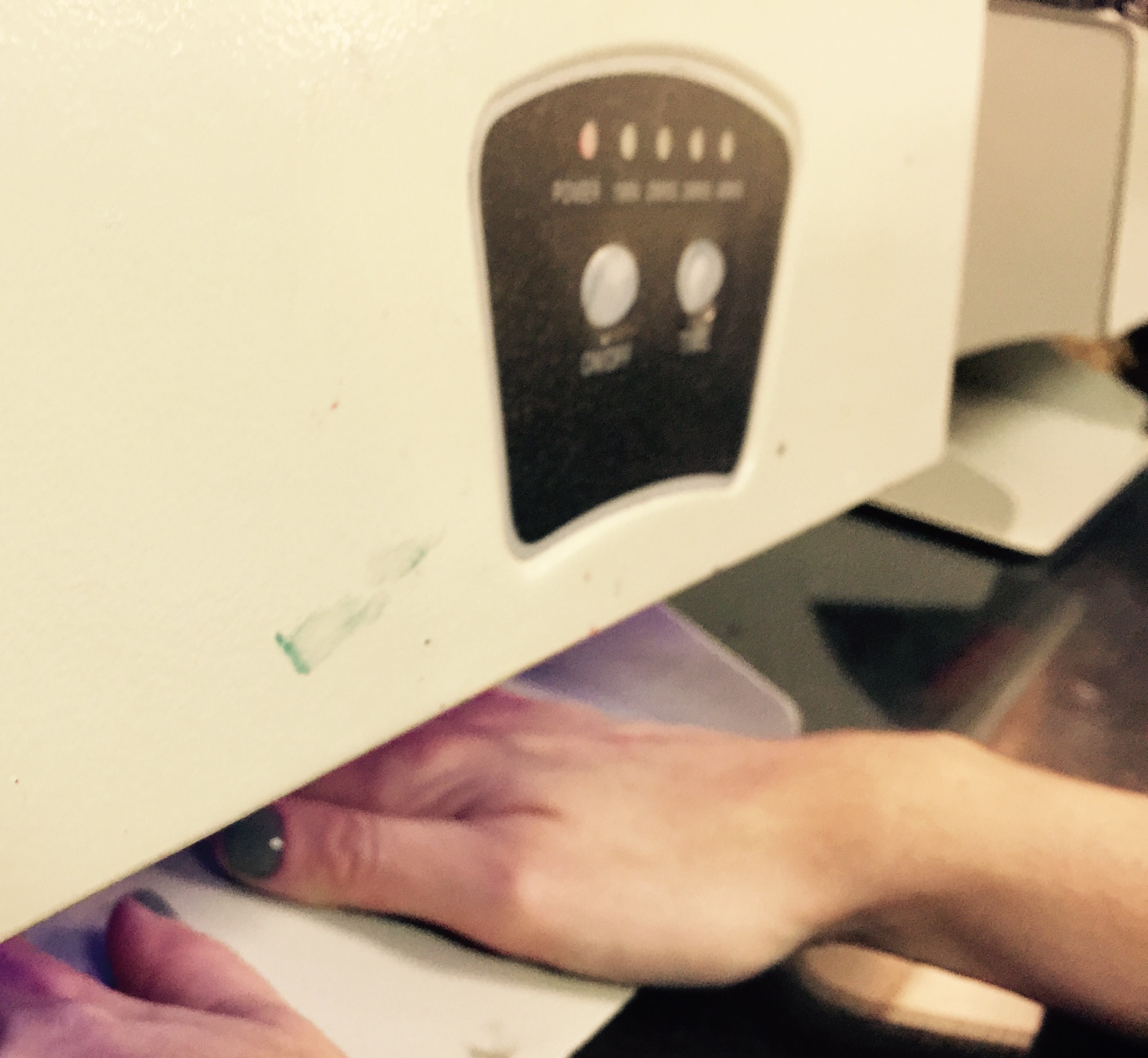 So, I walked out with baby poop green nails.  I guess I faired  better than the last person to sit in this chair: 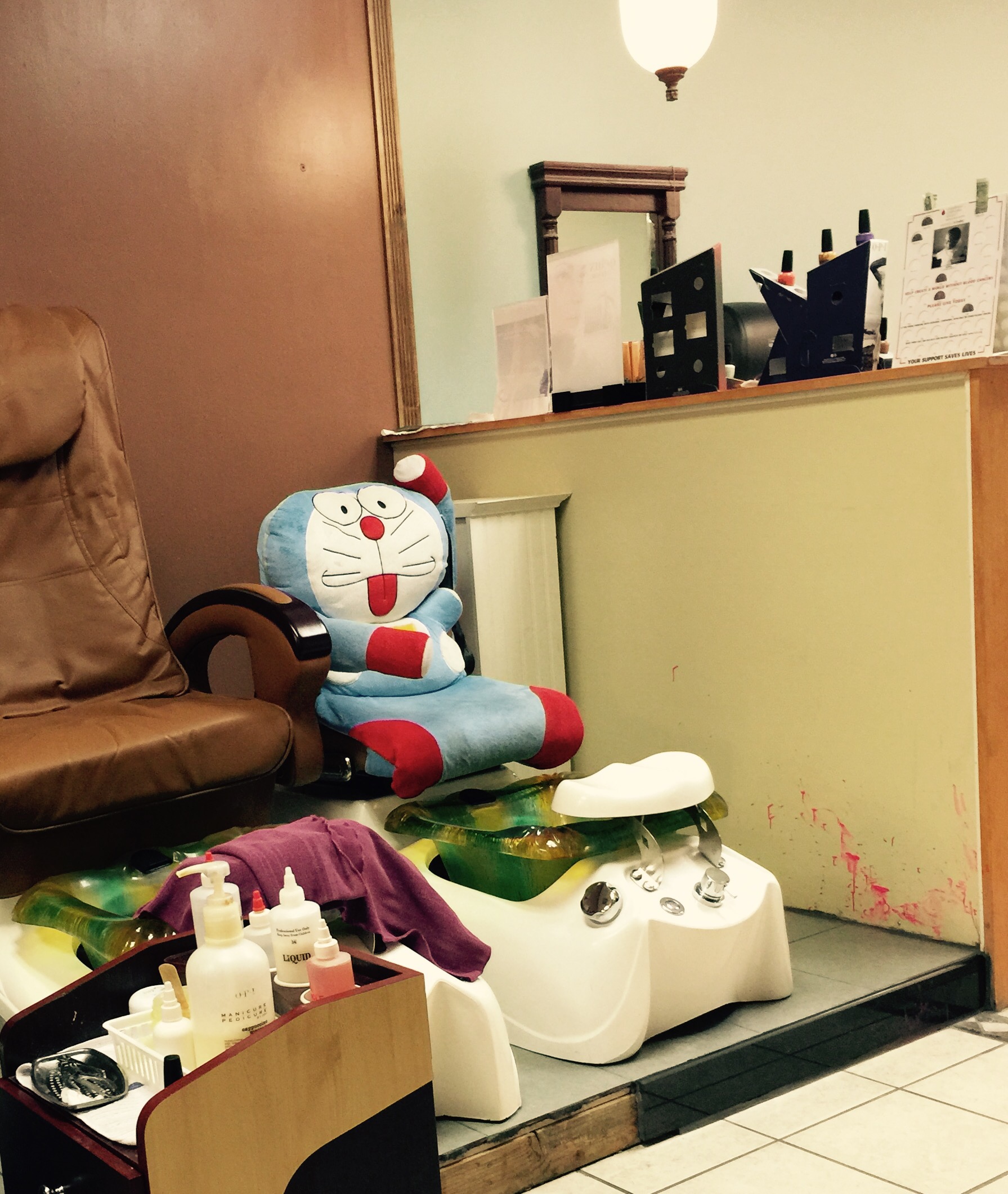