If you didn’t watch the Super Bowl you didn’t miss much.  The game was boring.  The commercials were boring. The halftime show was boring.  There was a ‘dance off’ between Bruno Mars and Beyonce.  Queen Bey almost fell during a squat, thrust dance move.    That would have been an internet meme sensation. During the show the stadium looked like a hippie threw up.

I watched most of the game with my family.  We binged on snacks including taco dip, pizza, candy and soda.   My children looked confused when they saw the junk food laden spread.  She is going to let us eat all of this?

My 8-year-old got extremely frustrated when we couldn’t fast forward through the commercials.  He rarely watches TV where that option isn’t available.  There was no such thing as On Demamd when I was growing up.  I had to record shows on a VHS player by pressing play and record simultaneously.  It took time to perfect that skill.  You had to apply the exact amount of pressure to both buttons.  Push one harder than the other and the MTV music video you were trying to record wouldn’t be on the tape.   I tried to explain to my son that many people tune in to the Super Bowl just to watch the commercials.  They have historically been creative and funny.  That proved to be untrue during Super Bowl 50.

Doritos had a commercial where an expectant father was eating while his partner was getting an ultrasound.  If this really happened, he would have been punched in the face after the first crunch.  The only thing this commercial made me crave was a  hysterectomy.

Mountain Dew’s commercial featuring “Puppy Monkey Baby” was just  plain weird.   However, it got people talking on Twitter which is how we measure success nowadays.

There was a commercial about constipation and foot fungus.   Colonial Williamsburg decided to promote itself by using graphic images from 9/11.

Lady Gaga sang a beautiful rendition of the Nationsl Anthem.  It’s unclear whether or not she performed live.  One thing was certain, she was hosting the Hunger Games afterward. 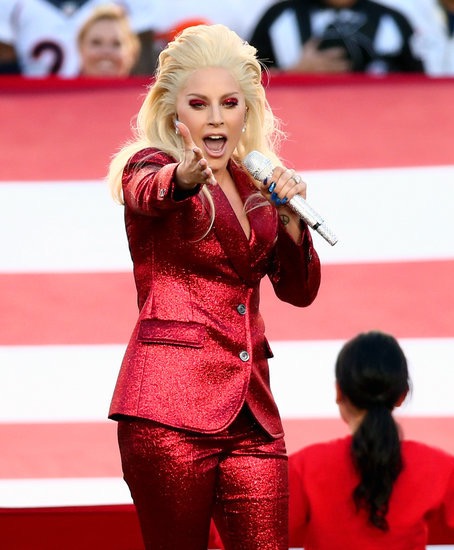