There are those proud Mommy moments and then there was last night. The day was winding down. My younger children were surprisingly cheerful as I put them in the bathtub. They prefer my bathroom because I have a large, deep tub. The last time I took a bath was in 2007 when I was pregnant with my middle child. No, I haven’t spent the past 5 years following The Grateful Dead. I have three kids and only have time for a quick shower.

I washed their hair and announced, “You have 10 minutes to play.” Then, I stepped  feet away into my bedroom. I know what you are thinking: You are not supposed to leave children alone in a bathtub! Listen, our “master bedroom” was designed by a moron.  I hate that term.  There are cathedral ceilings in the bedroom and bathroom, but the wall separating the two rooms doesn’t go from floor to ceiling. It is only about 12 feet high. Basically, you have zero privacy in the bathroom.

I was standing within earshot and reminding them not to throw water. My son repeatedly said, “I’m not!” No, he wasn’t, but he failed to mention his sister was. I decided to pull the plug when they started bickering, but did not anticipate the floor to be one giant puddle. You know where this is going, right? I walked back into the bathroom, slipped and fell landing on my tailbone, legs flailing in the air.  I lost it and yelled like a lunatic, “Damn it! I told you not to throw water on the ground.” My Mommy Dearest voice scared the shit out of my kids. They both began to sob like they had just watched the movie “Beaches.” 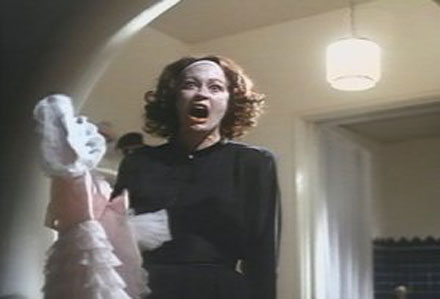 After they fell asleep I, too, had a good cry. They were guilt ridden, PMS tears. I overreacted. I am okay now. I guarantee my body is going to hurt like hell in the morning. I am also certain my kids will never throw water on the floor again.