My daughter decided it was time to wake up at 4 a.m. She wanted to put on her Spidergirl costume and run around the house. To once again quote the late and great Whitney Houston, “Hell to the no!” She drank warm milk and drifted back to sleep. I wasn’t so lucky. So, I perused the Internet and came across a real gem. It was a photo gallery of hideous face tattoos. Don’t get me wrong, some tattoos are beautiful. It is a form of artistic expression. However, I have long wondered what someone is thinking when getting a face tattoo. According to the writers at Bossip.com “These people won’t win at life.” I have to ask, Where are their mothers? There is no f-ing way I would allow my children, even as adults, to make this horrible decision. These cats make Mike Tyson look pretty.

Guessing by his mug shot, I would say he is in fact a “Jenius” rather than a “Genius” : 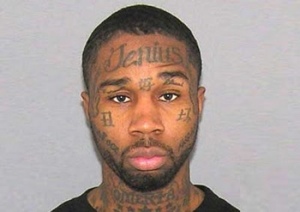 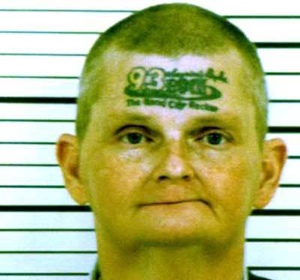 I know, I would have taken him for a meat eater too: 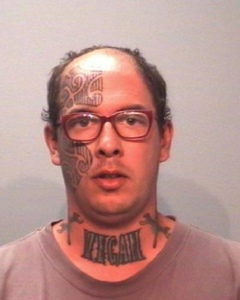 Wouldn’t you love your daughter to bring this fella home? He loves his grandpa. Plus, he smells bitchs. Clearly his tattoo artist doesn’t have spell check: 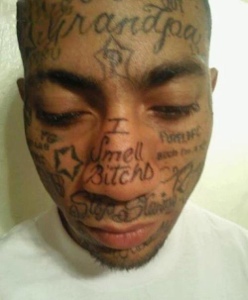 Who needs a tat of a gun or sword. Nothing screams, “I’m a tough guy” like a flaming ice cream cone: 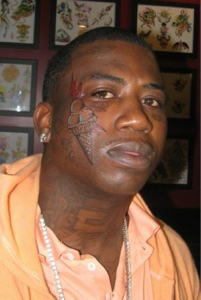