I think someone killed Elmo to make my new purse. I received it as a gift yesterday from my 5-year-old daughter. 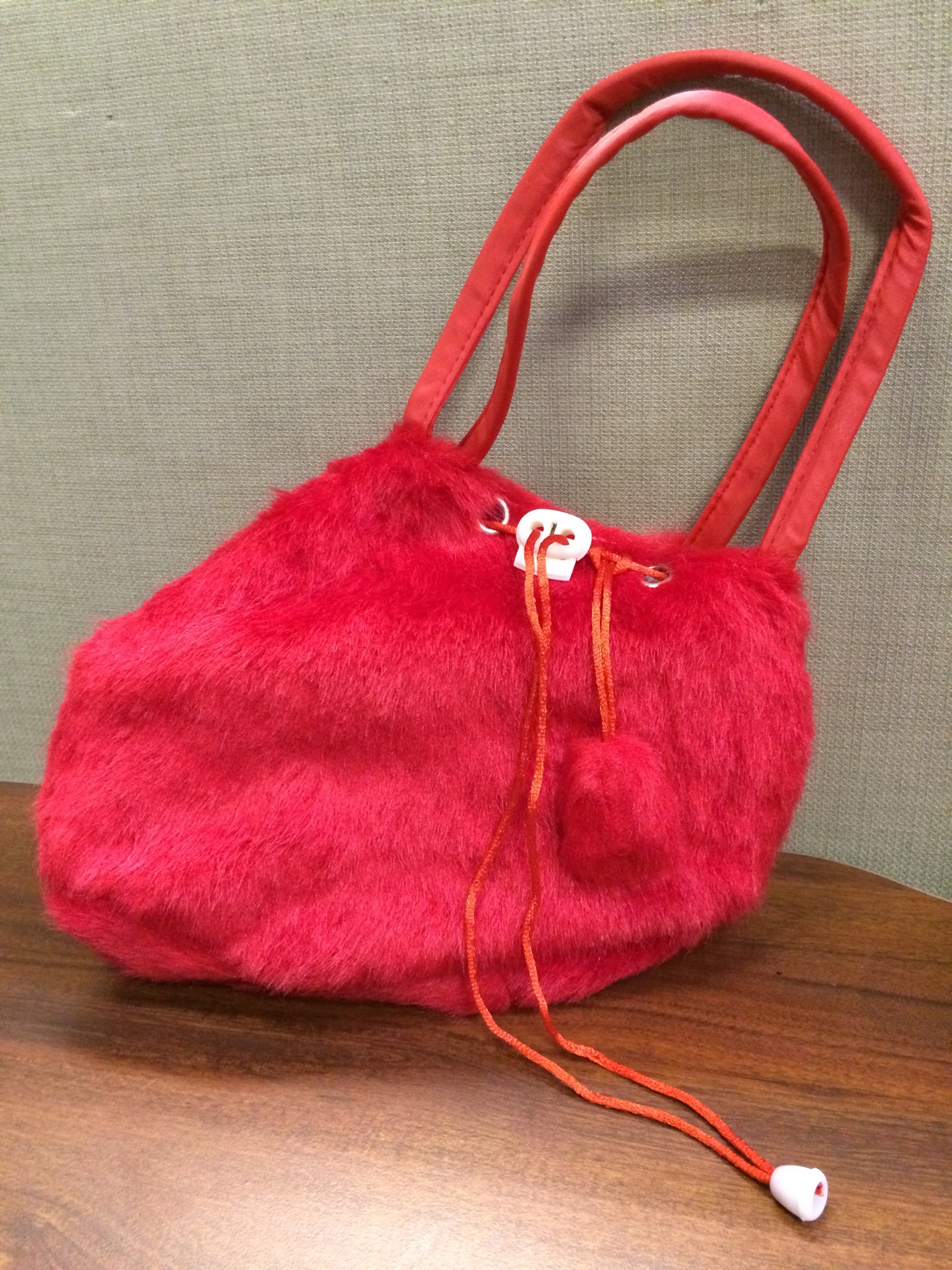 The purse was purchased at the Holiday Gift Shop at school. Every year I give my children money to shop. To outsiders, a.k.a. people without children, it may seem like I am just throwing money away. I might as well burn it. There is no denying the items for sale are crap. You are blinded by the ‘Made in China’ stickers at this shop. It sells everything from rings that turn your finger green, cheap plastic toys to the ever popular #1 dad mug. We have five in the cabinet. It’s a fundraiser for the school and also teaches children about giving. Tell that to “Mary,” a girl in my sons class. Her name has been changed to protect her identity. Apparently, “Mary” decided to partake in the trend of “self gifting” and treat herself. “Mary’s” family won’t be enjoying a Kawala bear knickknack this year.

If anyone else wrapped up a Sesame Street purse I would be offended. It’s like giving someone a Chia Pet or a hot chocolate gift set from CVS. These gifts say “I don’t know you at all.” However, I love this tacky bag. I also love the ring that makes it look like I have gangrene. These gifts are invaluable. My children are beyond excited to hand out these presents. They often tell you, with their faces lit up, what the gift is while you are opening it. It makes me proud; not that they give sh*tty gifts, but that they enjoy giving. They like to make other people happy. It is a beautiful thing. I am doing something right. On the other hand, “Mary’s” mother has some work to do.

I drove to work behind someone who dressed their car as a reindeer. It had antlers and a red nose. I don’t even have time to wash my car let alone dress it. My first car did wear a bra. Do you remember those? It was a Dodge Daytona with a spoiler and a bra. No, I did not grow up in New Jersey. It was the 90s and it came with it. Are people who decorate their car just trying to spread holiday cheer or is it a cry for help? There is a man in my town who glues decorations to a board and attaches it to his car every holiday. What better way to celebrate the resurrection of Jesus than to superglue giant plastic eggs to the hood of your Jeep Cherokee?

I know I sound like a grinch. I’ve had a rough few days. I couldn’t zip my boots and nearly knocked myself out trying to take off a sports bra. The boots are several years old. They were snug to begin with. Designers don’t take cankles into consideration when making boots. I am a little bit thicker, let’s say more muscular, than I was when I bought this particular pair. I got it halfway up and the zipper waved a white flag. Fast forward that evening and after an intense workout I was in a similar situation. Sports bras are difficult to get on, but even harder to take off. It would even stump Fonzie.

I look nothing like the commercial of the sexy woman undressing and more like a clown in the circus. I was spinning, wiggling and twisting, but couldn’t get the damn bra above my shoulders. This is an artist rendering of the entire fiasco: 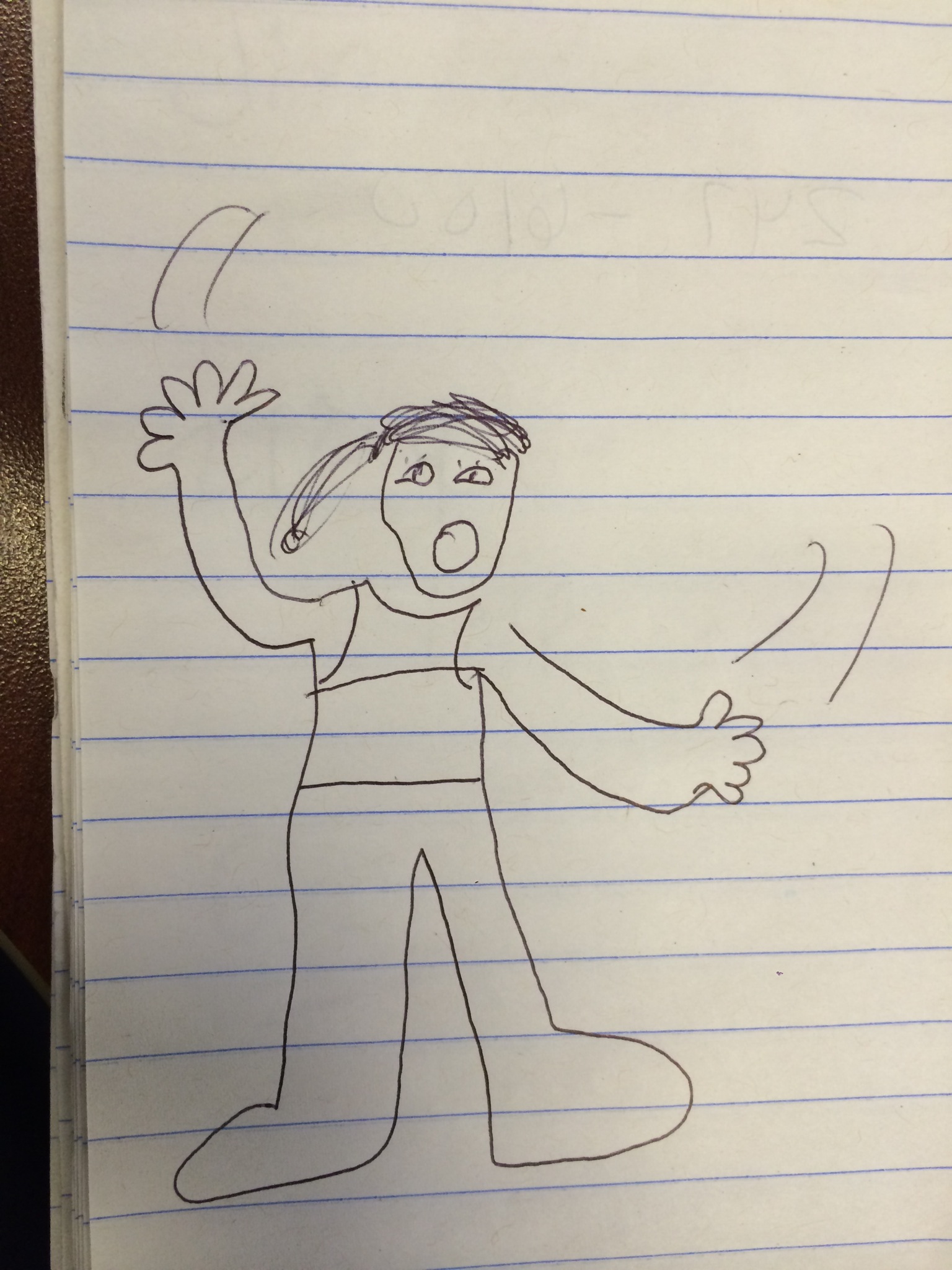 (Yes, I lost my nose in the process and grew another finger.)

At one point I tripped and landed on my keister, unable to catch myself because one arm was stuck in the bra. I almost cut the damn thing off. I would have, but I am too cheap. The girls need support and mama needs to save her money for Christmas. The man driving the car dressed as a reindeer isn’t going to come down the chimney on December 25th.

I know, I cannot believe this is free either. You lucky bastard. 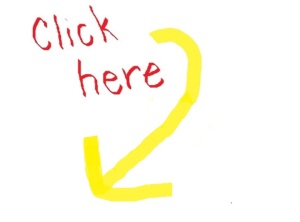 I used to be a TV news reporter. I wore a lot of make up. It was like plaster. I don’t wear much anymore. (#LOOKATYOUROWNRISK) In this vlog you will see every nook and cranny. That’s life. I’ve earned each and every line. (….but #WILLWORKFORBOTOX) My mouth sparkles. Growing up, I went to a dentist in a town with one traffic light. He brushed my teeth and billed the insurance company. The end. I had better equipment in my play set at home. So, I got a few cavities. Back then, if you fixed the problem, you looked like Lil’ Wayne. (if he were poor) The fillings were silver. Nobody thought it was a good idea to have fillings that match your tooth? Nobody? Anyway, here is another video blog.

I drive a minivan. I fought it for the longest time. I crammed my children into a SUV because I wasn’t going to be that mom. I was still cool. With the right Spanx and a little Botox I was still hot. Then, for the same reason people wear elastic pants I got a van. I wanted to be comfortable. I am comfortable when my kids are not arguing. If they couldn’t touch each other there would be less fighting. “His elbow is in my spot.” His elbow is connected to his arm. There is nothing I could do about that except get a vehicle with more space. I fell madly in love with my minivan. I have also memorized dozens of movies that I have never actually seen.

I’m not embarrassed of my ride. Well, that is not always true. I was humiliated today. I was walking to my van after a doctors visit. I made an appointment because I have  had a weird sensation that something was stuck in my throat.  I am convinced that the people who edit WebMD are former soap opera writers.   They are constantly trying to kill me off.   It turns out it was what’s called a tonsil stone. Yeah, it is as disgusting as it sounds. It is like a kidney stone on your tonsil.  I hear anybody can get them. At least that is what my friends tell me when we meet for the early bird specials.

I was walking to my car when I saw a handsome man step out of a BMW.  I may have stones, but I was rocking a new pair of shoes and looked damn good. He noticed. I got to the minivan, but kept on walking. I don’t know why I cared what this person thought, but I did. It was nice to have someone who didn’t look like a troll pencil topper check me out. It rarely happens when I am wearing Bermuda shorts and sneakers. So, I made a split-second decision to strut to the end of the parking lot and swing back around to the van.  He would be gone.  I would look cool.  That was the plan.   Unfortunately, my sexy shoe got stuck in a small pothole. I never win anything valuable, but I hit the ‘unlucky bastard lottery’ once a week. My ankle twisted and I stumbled forward, arms failing. I didn’t hit pavement, but my confidence went crashing down as I limped back to my minivan.

My daughter has contracted, yet another illness. This latest diagnosis scared the hell out of me. It turned out to be far less serious than I thought. It got me thinking. Why would a medical professional give a viral infection such a chilling name. So, I wrote a short film about it.

A man with bushy sideburns is pacing back and forth in a medical research lab. The lights are dim. He is in deep thought and does not hear the door open.

SCIENTIST #2
“Hey, what are you working on?”

The frustrated scientist, who won’t realize how ridiculous his facial hair looks until his children snicker at old photographs, is startled.

“I have to come up with a name for this rash kids are getting, but I am having a bit of writer’s block. I was up late disco dancing and only got a few hours of sleep on my bean bag chair.”

He pounds his hands against the earth tone colored wall. His colleague escorts him to an orange couch. They both sit down.

“Sometimes it helps if I talk to my pet rock. Have you tried that?”

“I have tried everything. I even tried to get some ideas from people on my CB radio, nothing.”

“I have an idea. Let’s make sure the name of the illness has the word ‘disease’ in it.”

“But it’s just a viral infection and most of the time it isn’t that serious. You know, man, it’s like a rash, maybe a low grade fever. The word “disease” scares people, man.”

“Yeah, but they would take you seriously.  Plus, wouldn’t it be fun to psyche out these square, uptight parents. That would be totally rad.”

“Rock on! Let’s name it ‘Fifth Disease’ that way when they try to explain the diagnosis to other people they will stutter. Nobody can say the word ‘fifth’ man!”

The men take off their white jackets revealing tie-dye shirts and bell bottom jeans. They light up and laugh imagining the anxiety attacks they will cause for years to come.

There was a time when I spent Friday nights bar hopping with friends. How did the phrase “Bar Hopping” come to be? Did people hop to bars before the automobile was invented? Hopping is a lot of work. I would much rather skip or sidestep than hop. Hell, “Bar Galloping” would be easier, but I digress. My point is times have changed. My entertainment this evening came from a 4-year-old and Siri. This is the advertisement for Siri:

Oh, really? That is not entirely true if a preschooler fires off questions.

My daughter was telling Siri about the birthday party she attended today. Sure, my kid speaks in fragments followed by run-on sentences and throws “-ed” on just about every word, but this isn’t even close: 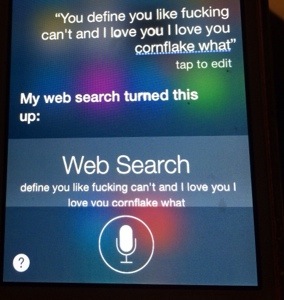 Next, my daughter asked Siri if she was funny, if she wants to play and them said, “poop.” Why? Saying the word poop is funny when you’re four. It is knee slapping, roll on the floor, get stomach cramps funny. Some things just can’t be explained. This is what Siri heard:

What the hell is “pink bunny?” Is that a “game” people play at Coachella?

Finally, and my favorite thus far, my daughter asked Siri to show her a picture of a real unicorn. I play along. After all, she believes an obese man can slide down a chimney, a life-sized bunny brings her candy and a flying lady wants her old teeth. What’s one more lie? This is what Siri came up with: 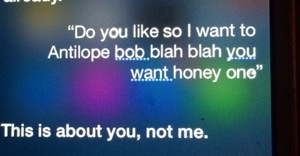 We will take that as a yes.

I really hope we have this flight attendant on our next Southwest flight.   To quote my southern friend, “She is a hoot.”  I fly Southwest because I don’t want to sell my organs on the black market to pay baggage fees.  I am dating myself here, but I remember when that was free and we got to eat peanuts on the plane.  Those were the good ole’ days.  Actually, I would sell my organs and soul for a direct flight.  Why would you choose to make stops when traveling with children?  That is like buying the 7 day yeast infection cream when there is a 1 day treatment plan.