If you have more than one child there is a good chance you spend most of the say saying “Stop Fighting,” “Leave him/her alone” or “If you don’t cut it out you are grounded.” (It’s usually an empty threat. If you followed through with a punishment every time kids didn’t listen they would live in solitary confinement.)

My kids argue over just about everything. My 12-year-old likes to tease the 5-year-old who in turn takes out his aggression on my 2-year-old. This was an actual argument in my car:

In the past week alone I had to break up a physical altercation over who won the race upstairs. Note that the winner didn’t get a trophy or product endorsements. My kids fought over who had more noodles on their plate, whether Joe or Steve finds clues faster and who the dog likes better. I’m pretty sure the dog hates them all. Fido isn’t a big fan of wrestling or wearing sunglasses to tea parties. 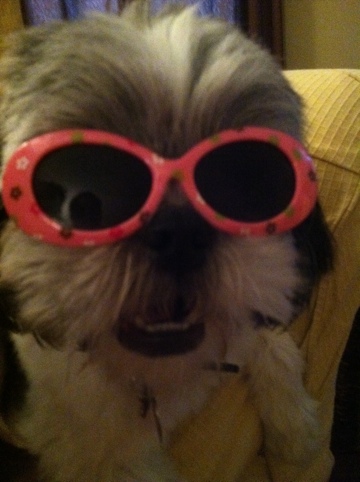 The constant bickering makes my brain hurt. So, why would anyone encourage kids to fight? Apparently a daycare in Delaware was shut down for operating a 3-year-old fight club. Two workers actually encouraged toddlers to punch each other. The workers are facing criminal charges and should go to jail. Anyone that takes joy out of toddlers hurting one another is crazier than Honey Boo Boo’s mom.