Something was trending on Twitter last night that should serve as a wake up call for all parents. I noticed the (old habits die hard) hashtag #Twitterpurge. 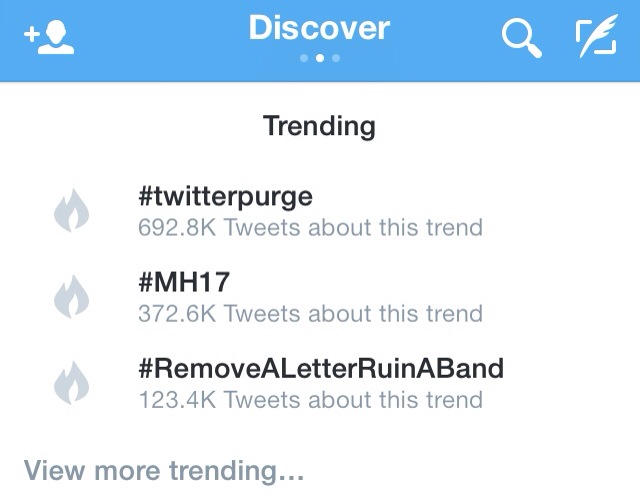 Apparently, this is a “game” where people shame others by Tweeting naked pictures. Most of the photos were of young women. I highly doubt the pics were intended to be part of a trending topic. The girls were probably naive enough to think they were sending a photo to one phone. Perhaps, a boyfriend asked for a picture. Maybe they thought it was a good idea. Here is proof that it is not. It is absolutely disgusting that anyone could be this malicious. It should serve as a lesson to young people about the danger of social media. The word “private” doesn’t exist in cyberspace. My kids can expect a long lecture about what should and should not be shared over the internet. I have no problem scaring the s**t out of them. Fear can be a good thing.

(A note to the perverts out there who willingly posted pictures of their junk. You should probably do a little manscaping before taking that shot. Your tree doesn’t look that big in the jungle.)

I guess we didn’t have it so bad growing up. Sure, we had to deal with a busy signal on telephones and had to use a card catalog to find a book in the library. (If there was an emoticon to show my disdain for Melvil Dewey I would insert it here) I didn’t have to worry about cyber bullies. A few kids once wrote nasty things about me on the chalkboard at school, but I never had to worry about Facebook, Instagram, Twitter, etc.

I hope the losers who posted photos of underage girls get arrested. They are too stupid to realize that sending or distributing photos of a minor is a crime. It’s called child pornography, a**holes.