My daughter wanted an aquarium for Christmas.   This is the same little girl who won a fish at a Penny Carnival and kept it for a few days.  Every morning she woke up and asked, “Is the fish still alive?” By day three she couldn’t take the anxiety anymore and asked me to flush the fish down the toilet.  She thought it would end up in the ocean and spend eternity with Nemo.  I wasn’t going to spoil a good Disney movie for her.

I know what would have happened if we purchased a fish tank.  I would be the one feeding the fish and cleaning the tank. It’s a chore for my children to put their shoes on.  When told to put her clothes in the laundry or make her bed – my daughter has a worse meltdown than a Republican presidential candidate who didn’t get equal air time during a debate .  The bottom line is I didn’t want to give myself more work for Christmas.  I was going to be busy ripping the skin off my fingers trying to get toys out of  boxes.  Many companies still use dozens of hard plastic twist ties to secure toys to the box.  I want to meet the shoplifter who prompted the need for such extreme security.  Was a bandit hitting stores up to steal one Barbie shoe?

This is the product description:

This fascinating enclosed world contains marine shrimp, algae and micro-organisms. Made from hand blown glass, each EcoSphere is a completely enclosed, self-sustaining little world. The EcoSphere only needs indirect light and comfortable room temperature (between 60F and 80F.) The EcoSphere works on the basis that a closed system recycles its nutrients and does not produce excess waste.

My heart skipped a beat when I read “does not produce excess waste.” Sold!    The only problem is the ecosphere, which is slightly larger than a baseball, never arrived.   We received an email that the package was delivered.  The company claimed the product was left on our doorstep.

Fast forward to January 5, 2016 and a man working for the local gas company knocked on the door to read the meter.  I was on my way out to get my son at school and pretended not to hear the doorbell.  I didn’t hide per say, but I stood still until he left.  There isn’t much to read on that meter anyway.  El Niño has saved me a lot of money this winter.  I drove down the street only to be flagged down by the meter man.  It turns out he wanted to do more than read the meter.   Get your mind out of the gutter.  This isn’t a Jackie Collins novel.  The meter man didn’t look like Fabio.  He wanted to tell me that a package addressed to me was on the porch of a house  a block away.  Fed Ex got the house number right, but the wrong street.  That particular house is currently unoccupied. 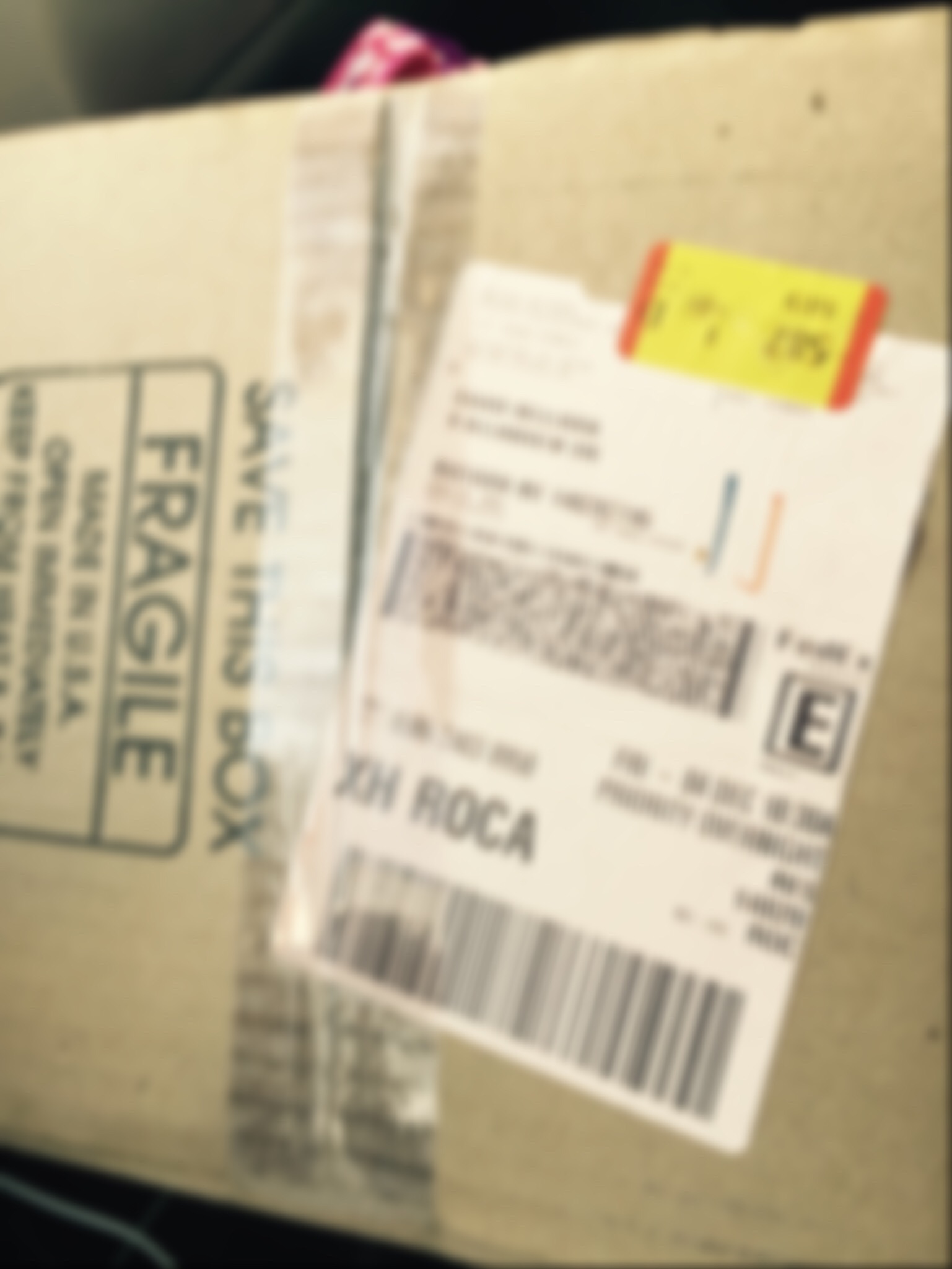 The box had been on the porch since December 4th.  Inside was the ecosphere: the Elsa edition. 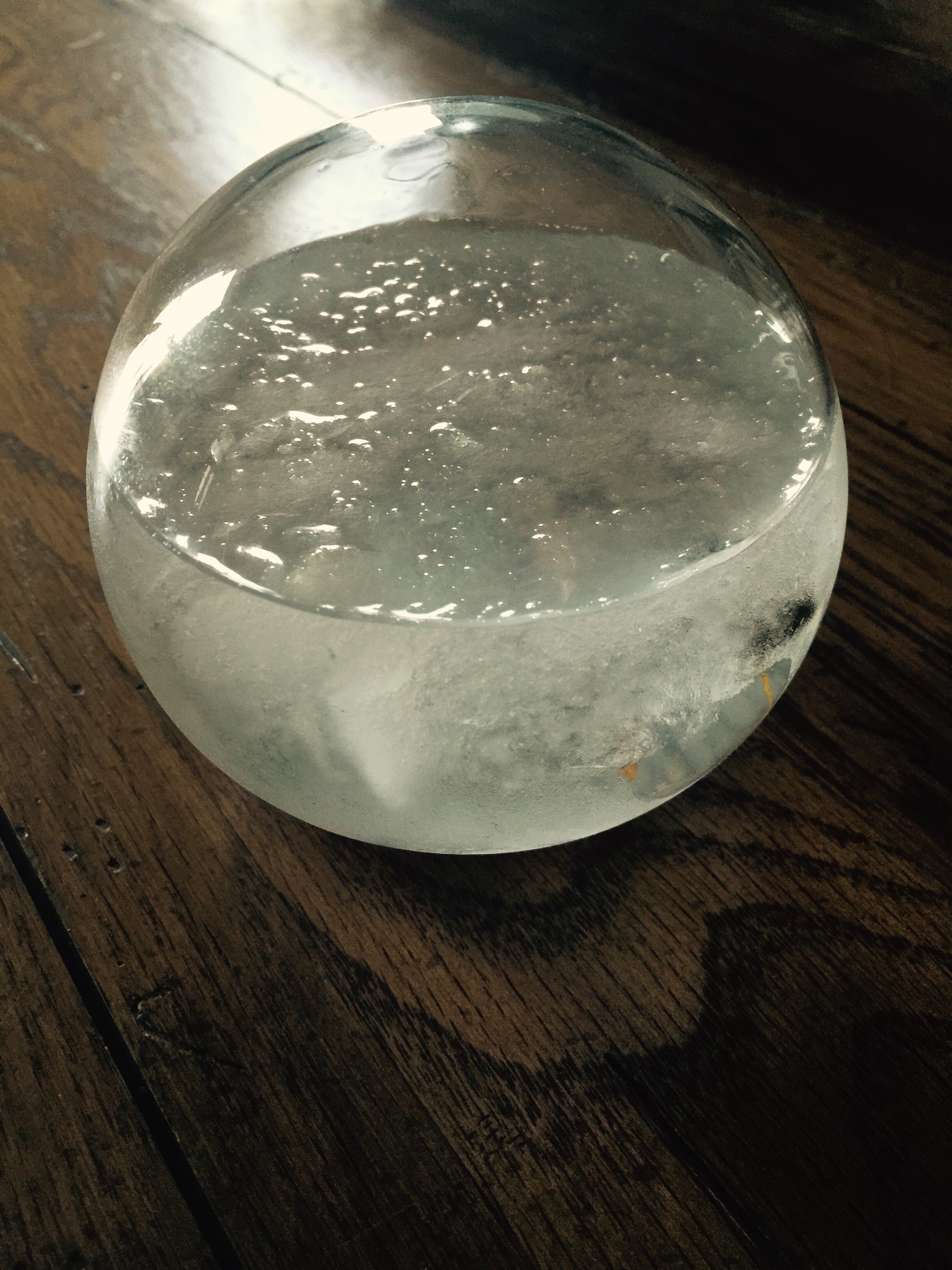 The good news is my daughter won’t lose sleep wondering if the shrimp will survive.  She has a glass globe full of dead sea life.