I did something I have never done before and will never do again.  I got on a hoverboard.  I like to think I am a smart woman.  I know my left hand from my right.  I don’t put an s on anyway or misuse their, there or they’re.  I have seen viral videos of people getting tossed on their keisters.   There have been enough accidents that someone created a compilation of the most painful falls recorded.  Mike Tyson couldn’t operate one.   I don’t know why that is significant, but his name came up in a Google search so I thought it was worth a mention.   I knew all of this, yet I still stepped on one of these death traps.  I blame my co-worker who  asked  if I could bring it into the office so he could take it for a spin. 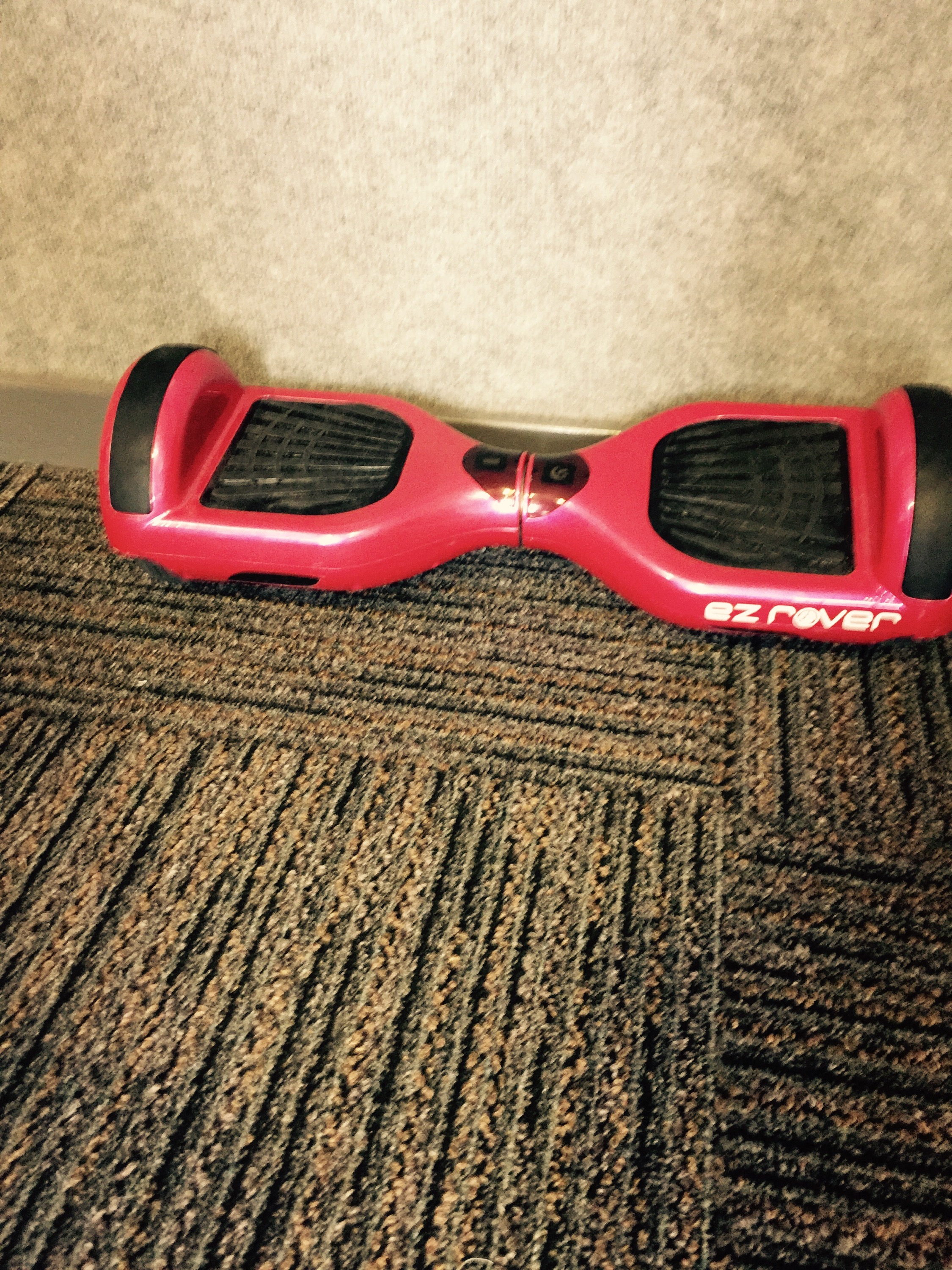 It has been sitting in my garage, uncharged since Christmas.  I shelved that sucker the minute stories about hoverboard fires started crossing the news wires.  My children haven’t asked for it.   They take after their mother in the coordination department.  I didn’t learn to ride a bike until I was 9-years-old.   Nothing boosts your self esteem more than using training wheels in the fourth grade.
Before packing the board in my minivan I decided to step on to make sure it was charged.  As I raised my foot my 6-year-old daughter said, “I wouldn’t do that if I were you.”  I reminded her that I am an adult  and knew what I was doing.   I try to pull the ‘adult card’ once a month to remind her whose the boss.   It didn’t work for Tony Danza and it doesn’t work for me either.  I ignored her disapproving look, hopped on and it jolted forward.  I tried to jump off, but only one foot made it to the ground.  I was near the pantry and reached, arms flailing for anything to grab on to.  It turns out a box of crackers cannot be used in case of an emergency.  The box fell, sending orange fish flying everywhere.  I reached for a door handle, but missed.   I went down faster than Jeb Bush in the polls after a Republican debate.  I landed hard and sat moaning in agony for a few minutes.  After I caught my breath, I attempted to stand, but struggled like a newborn giraffe.  My 6-year-old was standing above me as I moaned in agony.  “Are you okay?”  I assured her I was fine.  She shook her head, her ponytail swaying from side to side and replied, “I told you so.”  I was hurting the rest of the day.   I iced my back at work and popped Ibuprofen. 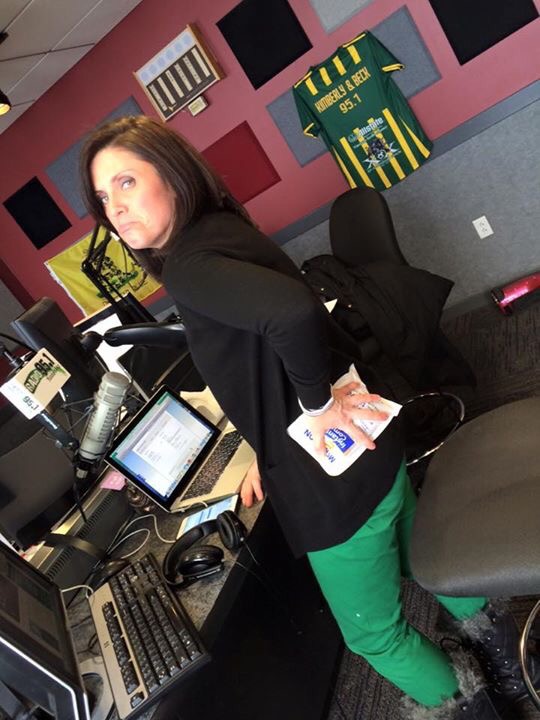 You will not see video of my fall online.  I am a grown adult who doesn’t record her mistakes.