Being a mom means you are “in the weeds” 90% of the day. I’m not talking about the dangerous Hogweed newscasters warn you about year after year. Nothing is scarier than a reporter without a story idea. That is when you get the annual pothole, overgrown grass or Hogweed stories. Depending on who wrote the script Hogweed can be a small nuisance or Godzilla. I wasn’t in actual weeds. It’s a term used in the restaurant industry when you are so busy that you fall behind. A bleach blonde hostess, who can barely count to ten let alone divide customers, is usually to blame. My career as a waitress ended when a college student complained about the whipped cream on her milkshake. I told her to quit bitching, scrape it off herself and handed in my apron.

I was “in the weeds” all day. Before I could finish one task a whiny child would make a new demand. I was really looking forward to bedtime, but first my daughter wanted to watch her favorite show. 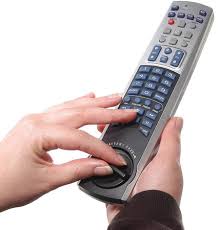 She snuggled under the blanket and squealed with excitement when I grabbed the remote. Unfortunately, the cable company hates me and decided to rearrange stations on the dial. (Public Service Announcement for the YOLO generation: back in the day there were actual knobs on Televisions to change the station or turn up the volume. Thus, the phrase “on the dial.” Yes, we actually had to get off the couch. So, don’t complain to me about how long it takes to load a web page on your cell phone.)

It’s some kind of sick joke. Who the hell thought this was a good idea? It will be hysterical! They will try to watch their favorite show, but it won’t be there. It will be on a different station. Get it? “ Do you know what’s not funny? It’s not funny when you press three numbers anticipating a cartoon, but your toddler sees a woman gobbled up by a dinosaur. Then, because you couldn’t change the channel fast enough, your daughter has a meltdown because her favorite princess is dead. That wasn’t a princess honey. It was a dumb girl who wouldn’t listen and refused to stay with the group. She sort of deserved to die. 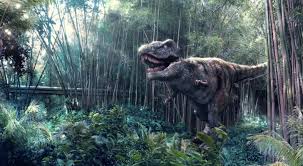 The company claims they sent out a letter. Let’s pretend I didn’t throw it away without opening it. Do you think I can memorize the placement of a dozen or so stations? I can’t remember if I washed my hair in the shower seconds after I washed my hair in the shower. I will be cursing your name for months Mr. Cable Company Decision Maker Guy. I hope you can sleep at night knowing what you’ve done.