My son got a yellow card in soccer and I couldn’t be more proud. Does that make me a bad Mom? Allow me to explain what happened. Our team signed up for a tournament being held out of town. We were scheduled to play a team from Canada. Canadians are friendly. They don’t start wars. Right? Wrong.

The team took to the field doing synchronized running drills. Sideways, forward, backwards, sideways, etc. Their uniforms were sparkling white and pressed. Our kids looked like The Bad News Bears. This tourney was way out of our league. We barely had enough kids to play which meant no substitutes. Every player on our team would have to play the entire game. Needless to say we got crushed. The Canadian team had impressive moves. They played like it was the FIFA World Cup. That became a problem. By the second half they were winning something like 14-1. Was that enough? No. Their players began making snide comments and laughing after each goal. Then, they did what I would consider a low class move. They encouraged their goalie to score on us. He left the net and with some fancy footwork almost got one in. Our kids, heads held down, were embarrassed. Our coach was pissed. He called the team over to the sideline and offered words of encouragement. The Canadian goalie went for another goal. That is when my son cracked a joke and yelled, “Go back to your homeland!” 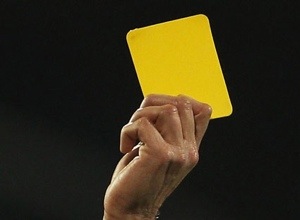 His teammates laughed. They are 13-years-old. Some would argue what my son did was unsportsmanlike conduct. Someone needed to say something. It was clear they were going to win. It wasn’t enough to drive up the score and taunt our players? They wanted to humiliate our boys by showing even their goalie could score. I wanted to lecture their coaches after the game, but refrained. I have argued enough this season. I can honestly say I have never been so happy to see Ontario license plates drive away slowly in the fast lane.