Not so super Mommy

My 5-year-old son is obsessed with super heroes. His class, rewarded for good behavior, voted to have a super hero/tea party today. Once again, yours truly, a.k.a. Mother of the Year, forgot to send in a costume. So, my kid had to wear a mis-mash of items stored in the classroom. He was dah, dah, dah, dah…. “Homeless Man!”

I made up for my mistake with pizza, cookies and Netflix. My son chose to watch Batman. “Let’s watch the old time show,” he said. My forehead may have more lines than Charlie Sheen’s coffee table, but I was not a child of the 1960’s. This is the first time I watched an entire Adam West Batman episode. Did Batman fight Bane, Joker or Riddler? No way José! The caped crusader fought a great white. 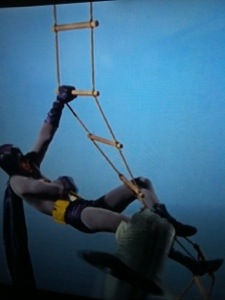 Batman was fighting off a shark while dangling from a helicopter ladder. He just couldn’t break free. As a devoted sidekick, Robin decided to leave the controls and help. Helicopter auto pilot?

How does one fight off a shark? I don’t know what your average folks would do, but superheroes use AquaNet. Robin passes Batman an aerosol can. 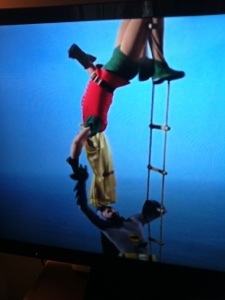 It worked! Robin isn’t as dumb as he looks. 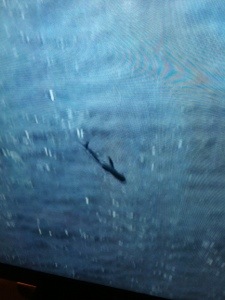 .. and they all lived happily ever after. Except for my son who continues to lay on the guilt trip.