Hollywood is getting ready for The Academy Awards. It’s dubbed “the biggest night of the year.” In my house it is just another Sunday in February. I have no idea who the nominees are because I have children. I am still trying to watch the nominated films from 2010. A friend invited me to participate in an Oscar pool. I might as well burn $5 because I don’t have a shot in hell of winning. I watch TV. Allow me to clarify.  I watch cartoons.  My TV is locked on children’s programming from morning ’til night. Here is what Oscar predictions look like when you are a parent:

BEST ACTOR
and the winner is…. Steve from Blue’s Clues. You have to give props to a grown man who talks to salt & pepper shakers with such compassion. I knew Steve was destined for Oscar gold when he skidoo(ed) into that felt picture without knocking the felt pieces off the board. It is not easy to do. Steve couldn’t be with us tonight because he gave up a lucrative gig to become a rock star. 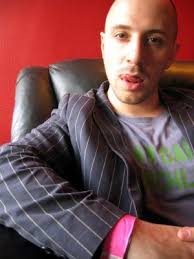 BEST ACTRESS
and the winner is…..Sofia from Disney’s Sofia the First. (Pan camera to an extremely pissed off Barbie who thought she had the award locked with her performance in “The Princess and the Popstar.” Barbie has been nominated 18 times for her role as Barbie)

BEST ORIGINAL SCORE
and the winner is…. whoever wrote the theme song for “Max & Ruby.” The song has just three different words, but is a catchy tune.  It sticks in your head all damn day. The stuttering intro to Dora the Explorer won this prize last year.

BEST SUPPORTING ACTRESS
and the winner is….. Sandy from Spongebob Squarepants. Sandy knew this would be a difficult role as squirrels don’t usually thrive underwater. Her performance in the hibernation episode was stellar. I believed she wanted to kill Spongebob and Patrick.

BEST SUPPORTING ACTOR
and the winner is… Grandpa Max in Ben Ten. He is a plumber with military experience whose grandson transforms into different aliens to fight evil. When he isn’t driving his grandchildren around the country in a RV, Grandpa Max hangs out at bars hitting on young women.

Tagged Oscar nominations, who is actress for best picture. Bookmark the permalink.