Reporting Live From My Couch

Election night is the Superbowl for journalists. If I were still working in news I would be at a candidate’s headquarters waiting for my first live shot. As the results poured in things get more intense. Producers decide in seconds what direction to go next. Reporters are frantically trying to get the numbers and line up interviews. I will admit it is an adrenaline rush.

For the first time in a long time I am not in a newsroom. In fact, as the polls were closing we were having a dance off in my living room. It was my 5-year-old’s idea. He is channeling his inner Travolta. I was knocked out of the contest in the first round. Apparently, when you are over 30 spinning in two consecutive circles is dangerous. I nearly knocked myself out on the TV stand.

My 3-year-old has this move where she puts both hands on her belly and shakes her hips. It looks like she ate too much turkey and stuffing on Thanksgiving. She also pulled out this “Saturday Night Fever” meets Paulie D move: 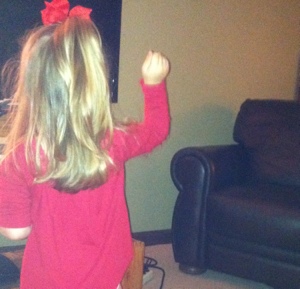 My son went old school and started breakdancing. Well, he was flipping and spinning on the ground. Same difference. 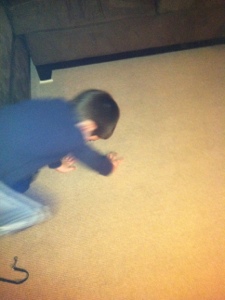 At dinner my son told me about their school vote. They each casted a ballot for the snack they wanted to eat. Fish crackers won in a landslide victory. At this moment my TV is tuned to Nickelodeon. Once the kids go to sleep I will watch election coverage on my couch, while wearing Yoga pants and I don’t mind at all.