I am not a scientist. Actually, I believe I failed science in the 7th grade. I have a vivid memory of that class thanks to a guy named Frank. Frank smoked, cursed and dressed like Slash from Guns n’ Roses. One morning, apparently having missed breakfast, he scooped a fish out of the classroom tank and ate it. At that moment, I predicted he would end up in prison. Nope, he became a doctor. Go figure.

Anyway, I am conducting an experiment. It’s a simple test. It doesn’t involve beakers or needles. I did have a friend recently sign up to be a test subject in a flu experiment. She was given a vaccine and injected with a virus. She is single and doesn’t have kids. I would rather cut off my hand than intentionally bring a puke bug into my house. You could set your child IN a bucket and they would still vomit on your carpet.

My experiment involves a toilet paper roll. No, I’m not going to race it down a ramp with boy scouts. I’m going to leave it on the bathroom counter where I found it. Miraculously, someone in my house actually put a new roll of toilet paper on the hook. However, instead of taking a half a step to throw this in the trash he left it on display (Again). So, I will leave it here and count how many days until someone other than me throws it away. I’m guessing I may have to decorate it for the holidays. 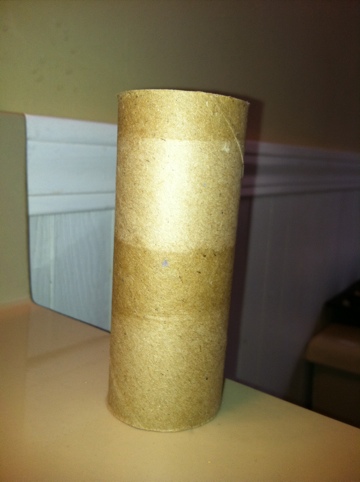 One Response to The Science Guy