When I was your age….

Nine years ago Mark Zuckerberg launched Facebook. Can you imagine living your life day to day not knowing what acquaintances are having for breakfast? What would you do without status updates from that kid who sat next to you in your 8th grade Science class?

My younger children will never know life before social networking sites. They will never know what it’s like to stalk an ex-boyfriend/girlfriend in person. You know you drove by your ex’s house to see if they were home. Now, a few clicks and you know he is in the club with another lady. It got me thinking about other things my children take for granted:

CELL PHONES Our children will never hear an operator demand you insert a dime, quarter, etc. or else your conversation is over. They won’t know a busy signal or call interruption. What’s a phone booth? 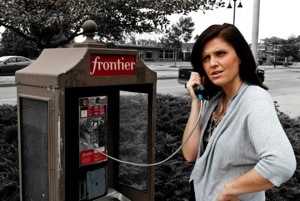 DVR If we wanted to save a movie we had to press record & play simultaneously on the VCR. Well, that is after making sure you had fast forward past the partial taping of “Girls Just Wanna Have Fun” and Madonna’s new music video.

DVD PLAYERS IN THE CAR When my oldest was a toddler we had a TV/DVD player connected via bungee cord to the middle console. Holy dangerous Batman! We thought we were ballers. My kids assume every vehicle has an entertainment system.

MICROWAVE POPCORN I remember when my parents got their first microwave. We used to warm things up on the stove. My dad would put popcorn kernels in a pot with butter. He would stand holding the lid on the pot, shaking it from side to side until each kernel popped.

GOOGLE If I needed to do research for school I had to look in an Encyclopedia. I don’t think my kids have ever opened one. Back in the day, our local grocery store sold Encyclopedias with a grocery purchase. Each week was a new book. Unfortunately, the deal ended before we had a complete set. So, if my siblings or I needed to know something about zebras we were S.O.L.

My son once told me, “Mom, I can’t brush my teeth.” Why? The battery died in his toothbrush. He looked at me like a crazy woman when I told him when I was growing up my toothbrushes didn’t spin. I guess that is why I have more (silver) bling in my mouth than Lil’ Wayne.

MP3’s
My kids may never buy a CD at a store. They will download songs directly to their IPods, phones or tablets. They won’t have to lug around a binder or worry about a CD skipping if you bumped the player. Don’t even get me started on tapes. What do you do if you want to make a new mixed tape? Place scotch tape over the punched out tabs on the top, of course.

One Response to When I was your age….