A friend of mine throws out every accessory that comes with a Barbie doll. Her child basically has “Poverty Barbie.” I remember having a case for Barbie’s shoes when I was a little girl. Without shoes Barbie is always on her tip-toes, making her either a ballerina or that friend who lost her other friends in a crowd.

How could a mother throw away Barbie’s prize possessions? This is what I thought before I had a daughter. It was before I spent hours searching for toy accessories the size of a thumbnail.

Recently, I wasted 30 minutes of my life looking for a tiny plastic crown. Apparently, Birthday Barbie had one hell of a night. She barely managed to get back in the Barbie bin. She was wearing one shoe and her dress was on the ground. Although my daughter has a few dozen Barbie dolls, she had to play with Birthday Barbie. I didn’t buy all of the dolls. She is the only granddaughter, enough said. Anyway, I was ordered to be the witch from Rapunzel. (Furrows brow) My daughter had to be Birthday Barbie. What does Birthday Barbie do? She celebrates her birthday. She is a grown woman who wears a dress covered in birthday cakes. We are on to this scheme to get presents, Barbie. You can’t be born everyday. I learned that at community college.

We found the shoe, but couldn’t find Birthday Barbie’s crown. Ken was no help at all. He pretended to look and retreated to the couch. “Birthday Barbie can wear another crown,” I said. My daughter gave me the look. “What you talkin bout Willis?” What the f**k was I thinking? Birthday Barbie cannot wear Cinderella’s crown. Birthday Barbie’s crown has a “B” on it. I apologized for being an uncivilized shrew. I looked and looked through bin after bin, but couldn’t find that particular crown. My daughter gave me the saddest puppy dog eyes. “Please find it Mommy.” So, I kept looking….and looking….and looking. I found other crowns. We apparently have a bin of irresponsible princesses. 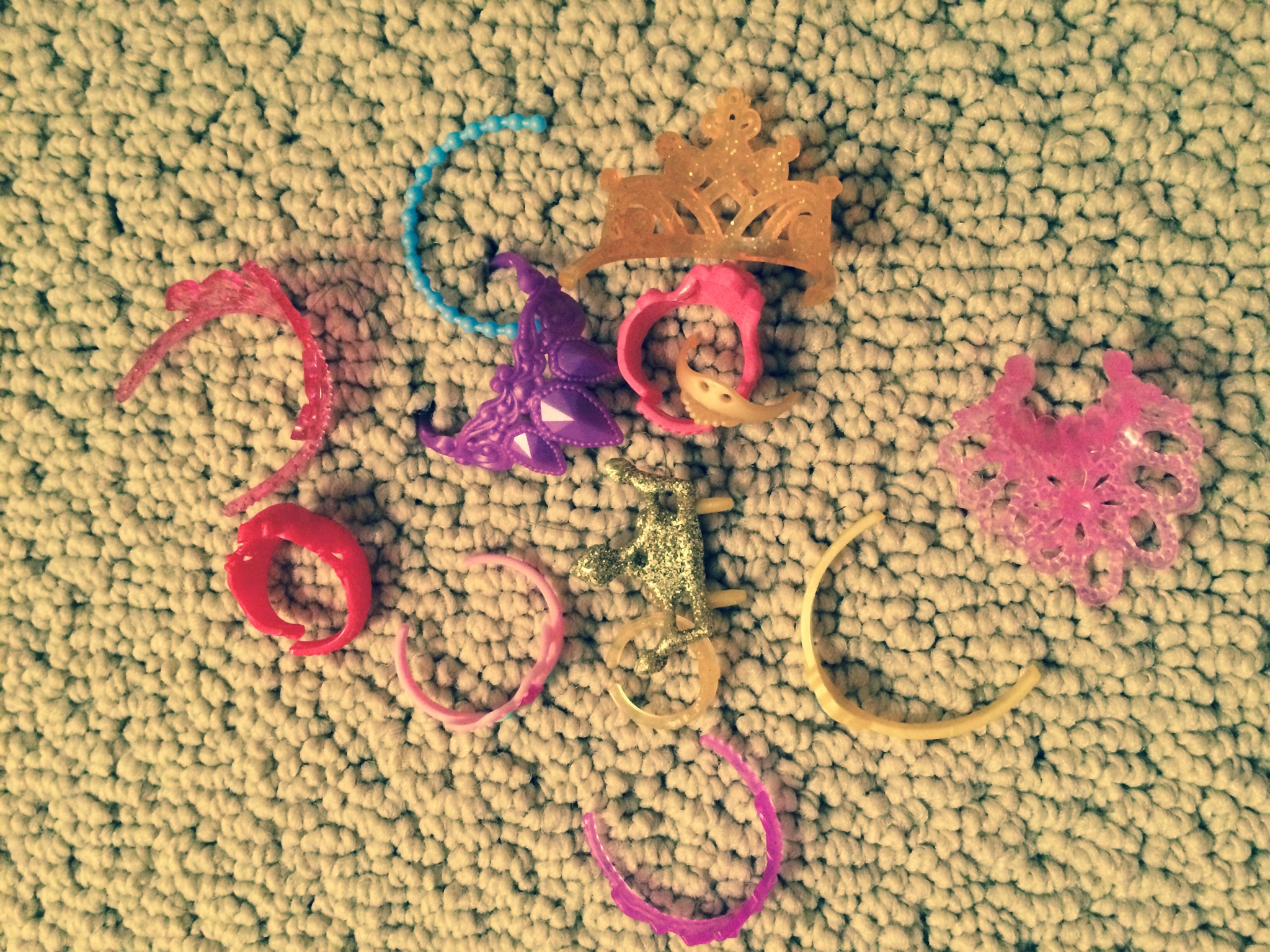 Then, my daughter remembered where it was, but do you want to know the funny part? She changed her mind. She didn’t want to play with Barbies anymore, “Do you know where Polly Pocket’s hat is?