I am the champion. I won an art contest this past weekend. Well, in my mind I won. I entered a sidewalk chalk painting contest at a festival in my hometown. It was organized by a friend. So, I went to support her. I am not an artist. I had hoped to bring my son who is very talented. There was a cash prize. Mama needs a new purse. However, he ditched me to hang out with his friends. So, I had to enter on my own. How hard could it be? I googled sidewalk chalk art the night before. I got this s**t. I arrived to the contest a few hours before it ended. Some people started drawing the night before. That is an optimistic artist. This isn’t a sidewalk permanent marker painting contest. What if it had rained?

I paid the entry fee and was directed to a designated area. Of course, I was placed directly next to an actual artist: 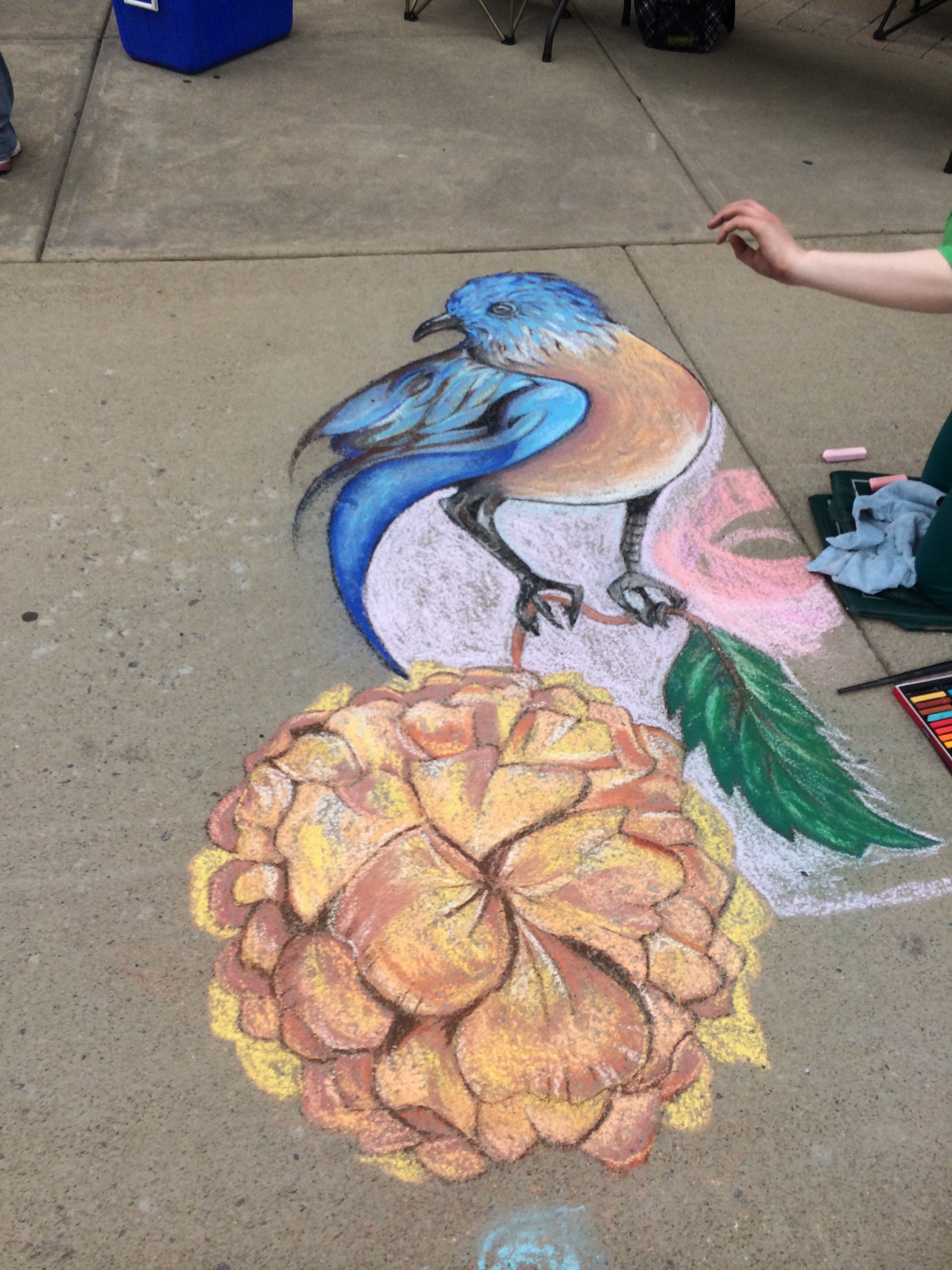 The girl who drew this was young enough to be my daughter if I got knocked up a few years earlier. She drew a f**king bird with chalk as people walked by chomping on fried dough and sausage. How is that even possible? It wasn’t Crayola chalk. It was fancy chalk that came with a thin sponge. I thought it was a hand towel. I later learned it is used to blend the chalk on the pavement.

The theme was “New York.” I could have drawn a person sobbing while looking at a tax bill, but I opted for an apple tree. We love picking apples in New York. Ask us to pick cabbage in a field and you’ll get a “Johnny Football.”
Invite us to pick apples, even though they are sold at the grocery store, and we are giddy. The same goes for strawberries and blueberries. Who wants to stand in a field on a hot day and pay someone to allow us to pick their fruit while the kids whine? Hell yeah!

My 4-year-old daughter insisted on helping me draw. Phew! Now, I could blame her for the lousy picture. It’s cute when a kid draws a sad looking apple tree. It’s just sad when it was made by a grown woman. (A grown woman who exposed the crack of her a** each time she bent over to draw an apple.) People bowed down to the artist to my right. To avoid looks of pity, I intentionally praised my daughter loudly when anyone walked by, “Honey, your tree looks great!” I wasn’t going down for this. 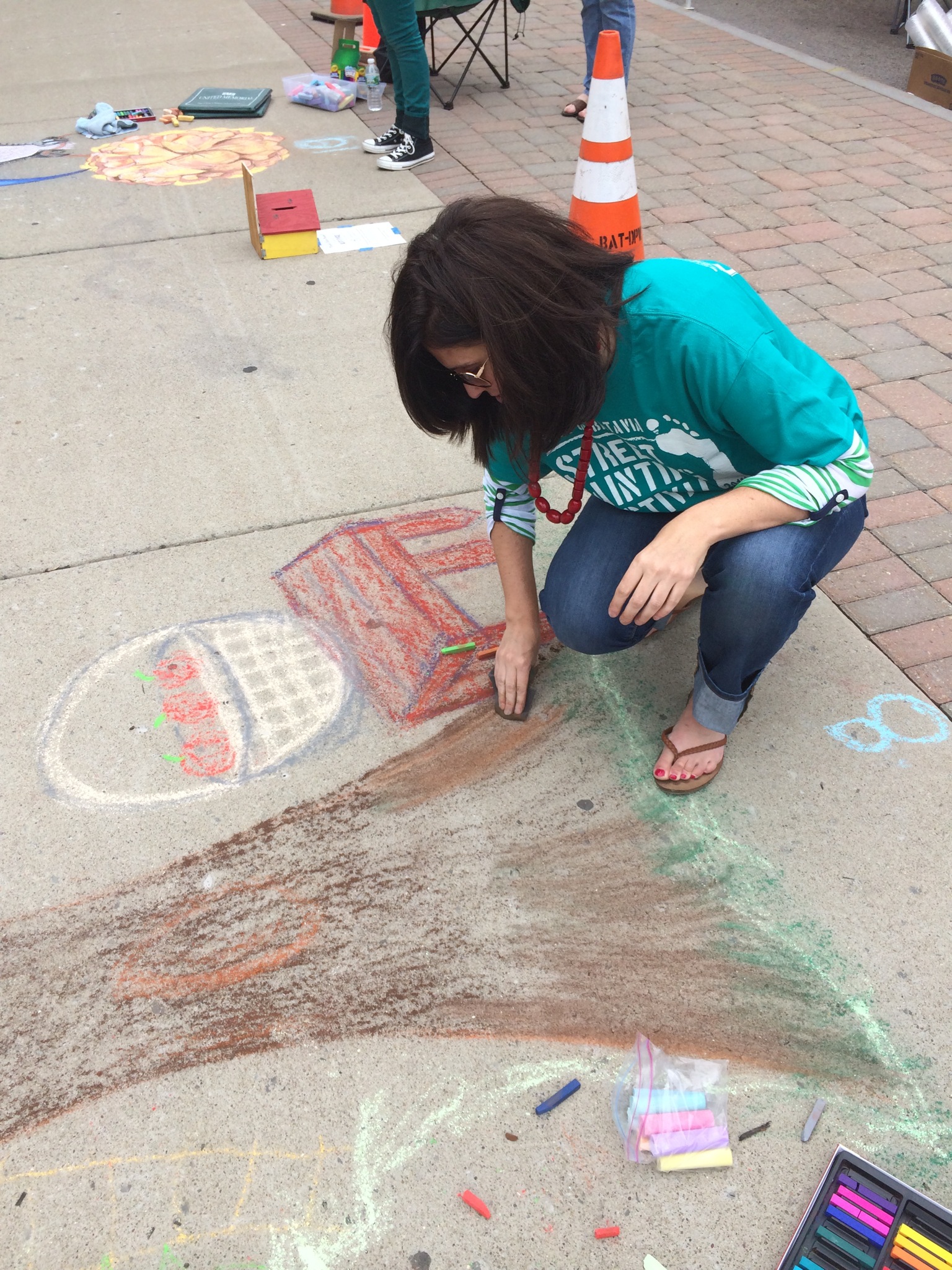 There were kids competing in another section. Their artwork was beautiful. It was beautiful because they weren’t insecure. Kids draw what they feel. These young artists didn’t worry about what other people thought. I did. I shouldn’t have, but I did. So, this is what you got. Luckily, it rained later.