This letter should surprise me. It doesn’t. People can be incredibly ignorant. It was mailed to the grandmother of a child named Max, 13, who is Autistic. Read it and we’ll talk: 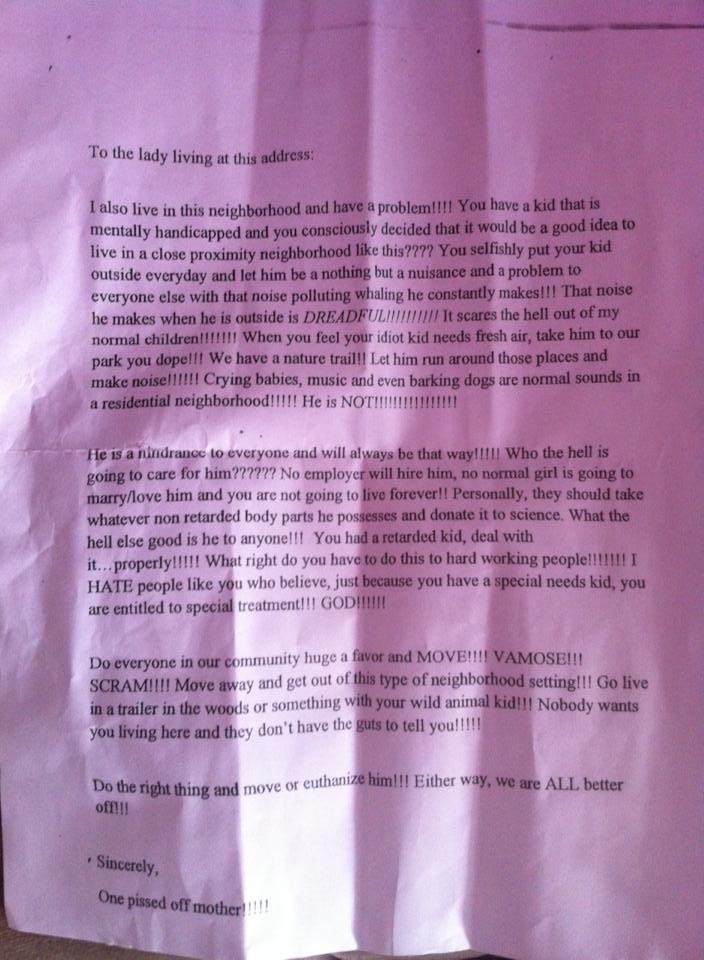 Can you believe this? Max’s mother Karla Begley says her son stays with his grandmother in the morning during the summer. Apparently Satan lives in grandma’s neighborhood. Who else would tell a parent to euthanize a child?

They reside in Canada, but must have kin in the United States. I have witnessed people mocking a child with Autism. A mother (or father) dies a little inside with each snicker or stare. She wishes her child would play with other kids on the playground, have a conversation or just say “I love you.” It’s not easy to care for a child with a disability. I don’t care if her child is moaning, screaming or ripping off his clothes. He/she deserves respect, too.

I hope they find the coward who sent this disgusting piece of hate mail. Not only are you a piece of s*** for attacking an innocent family, but you are abusing the exclamation point. Plus, who the hell says “Scram” anymore? We should examine your brain to figure out how to rid society of your kind.