My oldest son could barely hold a crayon when he started pre-school.   He was my first child.  I thought that was normal for a 3-year-old.  When the pre-school teacher suggested I have him evaluated I blew a gasket.   There is nothing wrong with my son!  I soon realized he wasn’t at the same level as the other children in the class.   After a few appointments it was determined that he would benefit from both occupational and physical therapy.   I was embarrassed.  I shouldn’t have been, but I was young and quite frankly ignorant.  I didn’t want the other mothers to judge us.  I just wanted him to be “normal.”  Normal is easy.  We are taught to be normal.  Normal isn’t ostracized.

As he grew older I encouraged him to play sports.   I wanted him to be an athlete. I did.  Athletes don’t struggle to make friends. They were always the popular kids. A quarterback is treated like a God in high school even if he looks like a ‘before picture.’   In fact, we  live in a society where a man is admired after he knocks out his girlfriend and drags her from an elevator as long as he can catch a ball.

My son wasn’t very coordinated.  He gets his athletic ability or lack thereof from me.   He tried, but he couldn’t get the hang of baseball. He played a little  basketball, but settled on soccer.  I registered him for a summer league year after year.  I wanted him to experience the comradery that comes with playing on a team.  It was good for him to socialize.  Plus, they can’t keep you on the bench if mom pays for you to play.   Trust me, his last coach learned that lesson the hard way.  I think he scored twice in seven years.   It wasn’t his thing.  He joined drama club and shined.  That is not his only talent.    He will be receiving an award next week for his artwork.   This is just one of his pieces.  One half is a photograph.  He drew the other side. 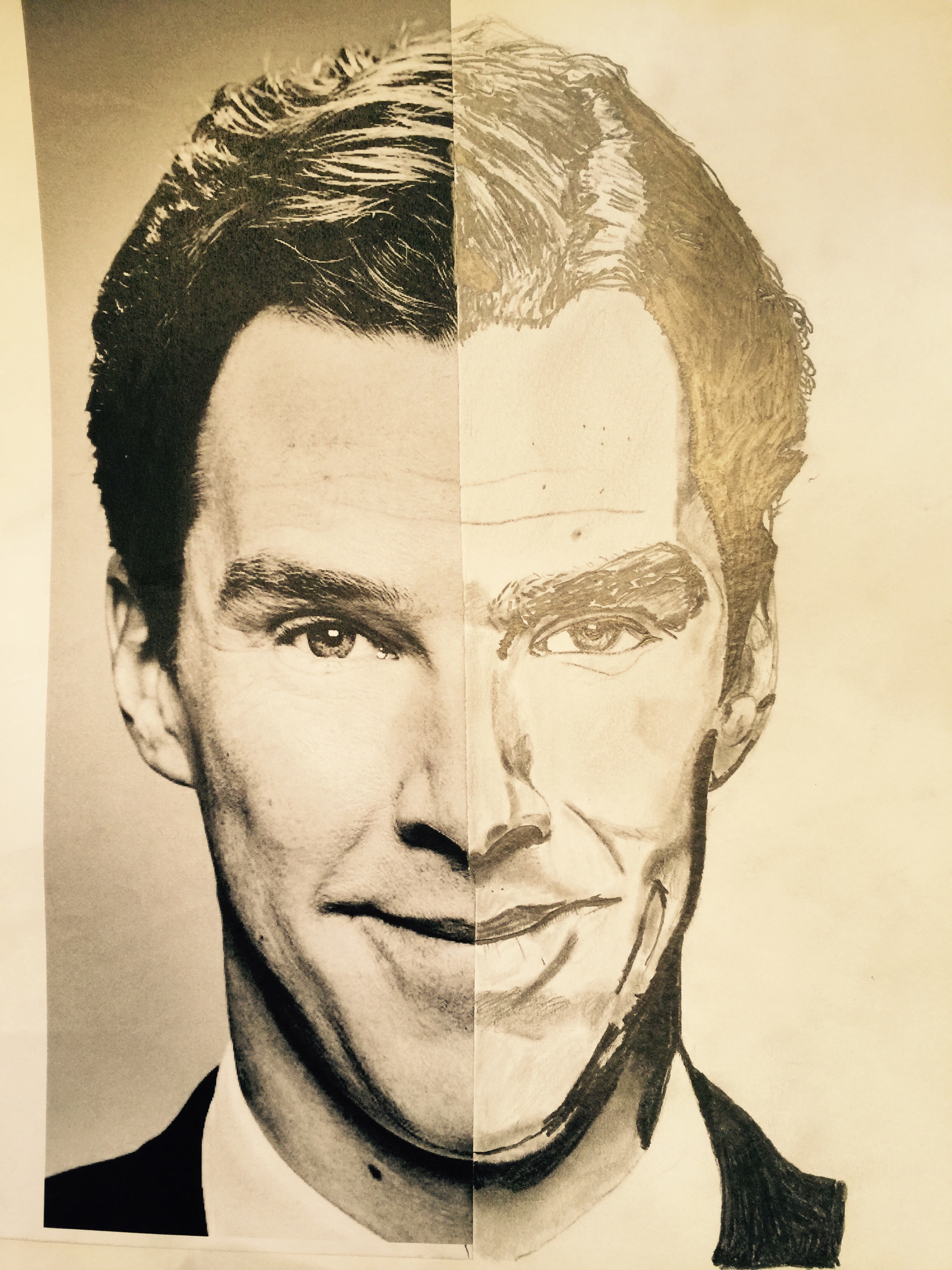 I got very emotional when I saw this picture.  I am so proud of him.  I am happy he found ‘his thing.’ The little boy who could barely hold a crayon is an incredible artist.  He is also a kind, loving and funny teenager when he isn’t talking back.   I am sorry I ever wanted him to be something he is not.   He is better than normal and always has been.