Call animal control because there is a crazy mama bear on the loose. She has brown hair, green eyes and an occasional muffin top. Yes, I am describing myself. I lost my mind at my son’s soccer game.

The game was in another town about 30 minutes away. My son, who nearly scored in the last game, was eager to play. It is a summer soccer league. Every parent pays a fee for their child to be on the team. There are no try-outs. That being said, I am not delusional. I know my son isn’t a star athlete. Quite frankly, I didn’t even want him to play this year. I encouraged him to do what he loves. He insisted on playing because his friends joined the team. 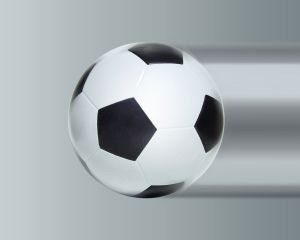 I was prepared for him to get less play time than other kids, but I expected him to play. Tonight, he sat on the bench during the entire first half. We were losing 3-0. I was enraged and mumbling complaints to my friend. If I was wearing a clown wig you could have easily mistaken me for Amanda Bynes. When the team took to the field in the second half, my son returned to the bench. He sat slumped over with his head held down. The coach’s son, who plays as well as mine, was on the field again. My heart was racing. Who does this man think he is? We are playing feet away from a farm. I could smell cow shit. This wasn’t the FIFA World Cup. I was about to flip when he finally called my 13-year-old’s name. My son went on the field for one minute and was called back off. He played for 60 seconds.

Our other players were exhausted. Toward the end of the game a boy collapsed on the field with a pulled muscle. Yet, my son and two other boys sat quietly, their cleats still sparkling white.

The game ended in a tie. My son stood in line to shake hands with the opposing team. Then, he made a B-line for the car without saying a word. He didn’t have to. I could see the pain in his eyes. That is when I went from being Michael J. Fox to Teen Wolf. Mama bear was pissed! 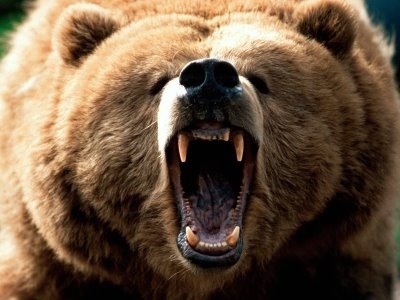 I approached the coach and asked him if my son did something wrong, “Is he in trouble?” Nope. “Then, why didn’t he play?” The coach smirked. I lost it. “Do you realize what you are doing to their self esteem? Shame on you. I went through this with you last year and won’t put up with it again,” I said pointing my finger near his face. Most of the parents had already left, but there were a handful nearby listening to my rant. A few of my son’s teammates were laughing. There was no stopping now. I had that on the verge of crying crackle in my voice. Damn hormones. Every time I try to make a valid point I get emotional. It is a curse of being a woman. “I will not allow you to make my son feel this way. How would you feel if it were your child?” He continued to smirk. “You owe him an apology,” I shouted and stormed off the field. I had “crazy protective mother” remorse before I even reached my car. My son didn’t hear the conversation, but knew what I had done. I didn’t want him to think I can fight his battles. I gave the “life isn’t fair” speech. “This is not a reflection on you, but poor coaching. Regardless, we still need to be good sports.” In my mind I was calling the coach every name in the book. I told my son I should have waited until I cooled down before speaking to the coach. I hate to admit it, but I need to let go. My job now is to love and support my son. I need to teach him how to cope in situations like this and solve the problem himself. My husband was mortified. My friend’s husband was clearly embarrassed. Other Moms nodded and said they would have done the same thing. In the future I will try to bite my tongue. I said I will try. I can’t make any promises. A bear can only hibernate for so long.