Christmas came early for millions of women (and some men) this weekend.  Ryan Gosling hosted Saturday Night Live.  He broke character in many of the skits, but his giggling was endearing.  He has come a long way from his days on the Mickey Mouse Club.  Many other child actors didn’t fare as well.   I admire parents who encourage their children to pursue the arts.  Unless you were a student on the fictional TV series “Fame”  singing, dancing and acting isn’t usually popular.  My teenage son joined the drama club in 7th grade.  He is generally a quiet kid, but comes out of his shell when he steps on the stage.  It is a beautiful thing to watch.  Plus, the actors are so supportive of one another.  It is a great group of kids.

His high school drama club performed Peter/Wendy this weekend. The entire cast worked very hard for months and nailed their roles.   The script, however, was not as great.  If I were nice I would describe it as different.  If I were honest I would tell you it was freaky as hell.  There was a scene when the cast was simultaneously listing their  ‘happy thoughts’ while walking in circles.  So, there were about 25 people talking at the same time, but saying different things. I was waiting for Tom Cruise to start jumping on a couch.  Tinker Bell cursed like a trucker in this play.  The characters jump from speaking in first person to third person and back.  There were a few comical scenes. Overall, the  students did an incredible job in his/her perspective roles.  I was blown away at their ability to memorize the script, let alone stay in character through difficult transitions.  They didn’t have props or a grandiose set to use as a crutch.  There was a black back drop with writing and three black boxes on stage. 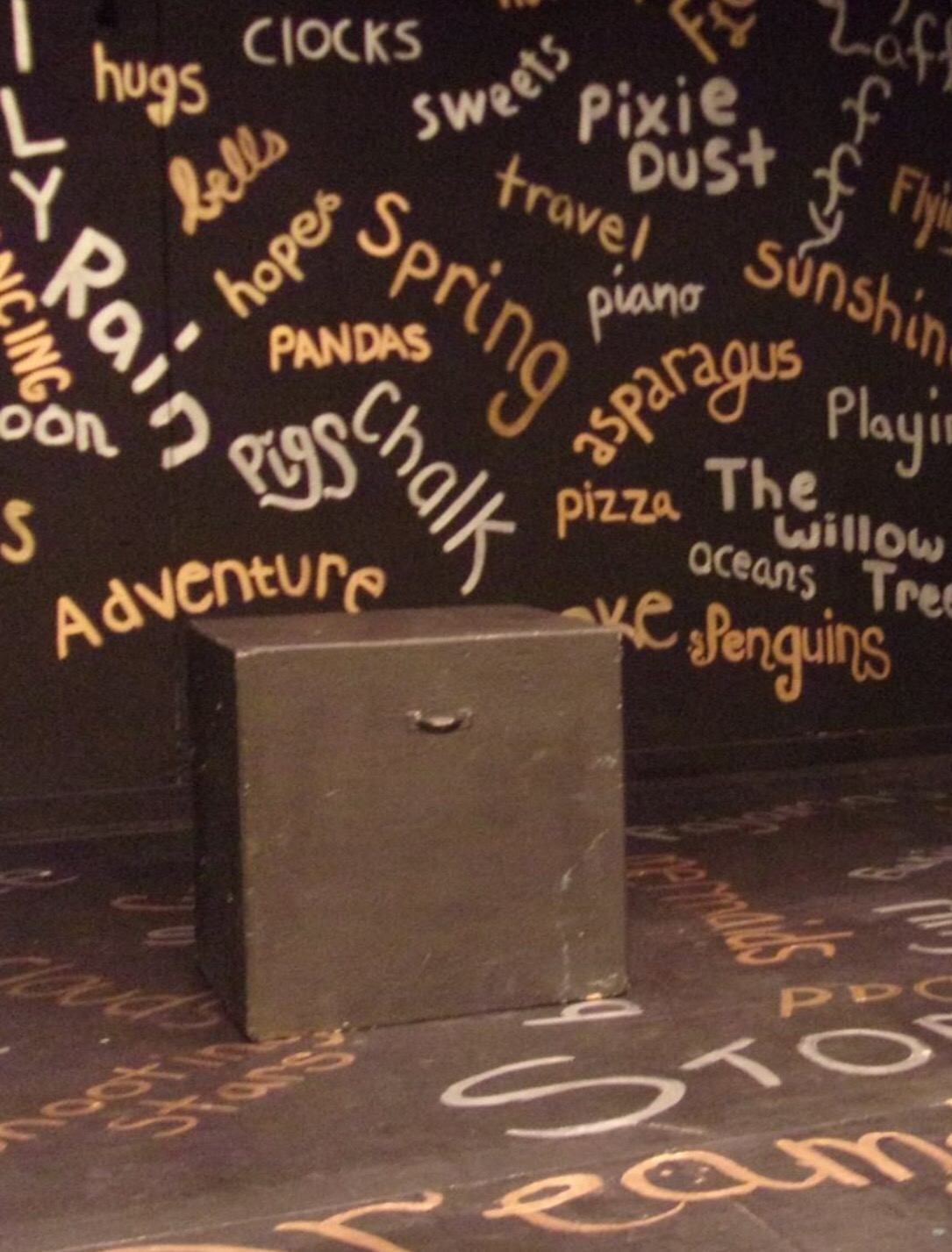 Being the proud, helicopter mother that I am, I attended all three performances.  Then, I treated myself to a large margarita – which may have been what the playwright was drinking when he crafted this dark interpretation of Peter Pan.

Perhaps one of the students on that high school stage will grow up to be the next Ryan Gosling.  Here is one of my favorite skits from his appearance on SNL:

This one was good, too. Kate McKinnon is hysterical in this skit, but Ryan is still pretty.