I spent quality time with my teenage son this weekend.  I only had to bribe him with tickets to see Jim Gaffigan.   He is a huge fan of the comedian.  There are very few things my 15-year-old wants to do with me these days.  He responds to questions with one or two word answers.  So, when he used a complete sentence to suggest “we” buy tickets I jumped at the chance.    Of course, in a teenager’s mind my money is his money and his money goes in a vault.

The show was at the New York State Fair.  It is approximately a two hour drive from our house.  My son got into the minivan and sat in the third row.  He had his phone on and ear buds in which serves the same purpose a glass partition in a limousine.   I was basically his driver, but instead of a suit I was sporting Bermuda shorts.

I had to park miles away from the Grand Stand at the fair.  We walked by food stands selling everything from fried Oreos to crocodile sandwiches.  I lost my appetite.  My son wanted French fries.  For some reason they were served in a giant dog dish. 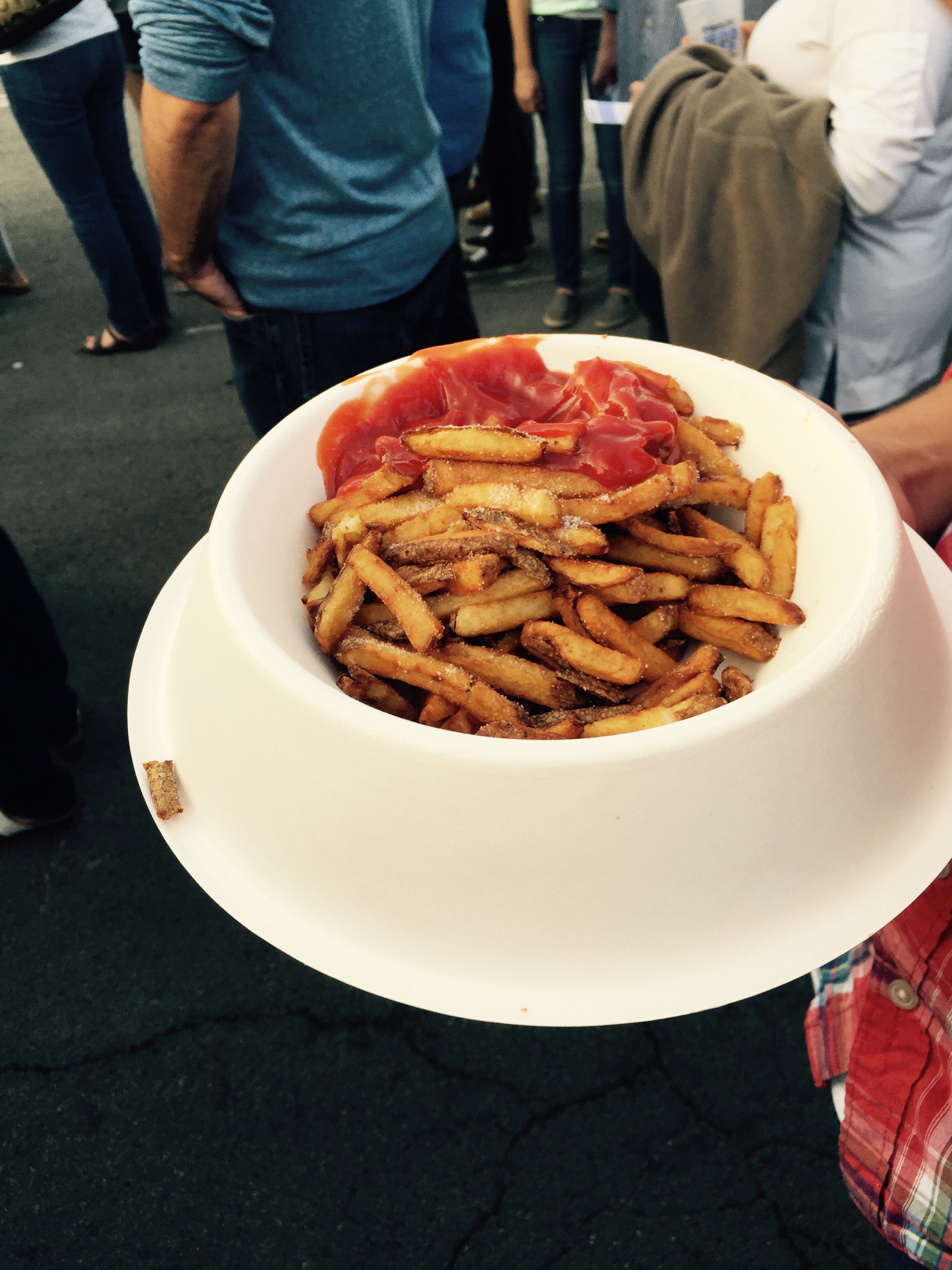 I don’t know if the dog dishes were on clearance or if the man operating the stand was expressing his disdain for the slobs he had to cook for.  There was also a stand where a woman was selling “Dirt Therapy.”  It appeared to be bottles of dirt.    If I had more time I would have stopped to investigate.

We had decent seats for the show. 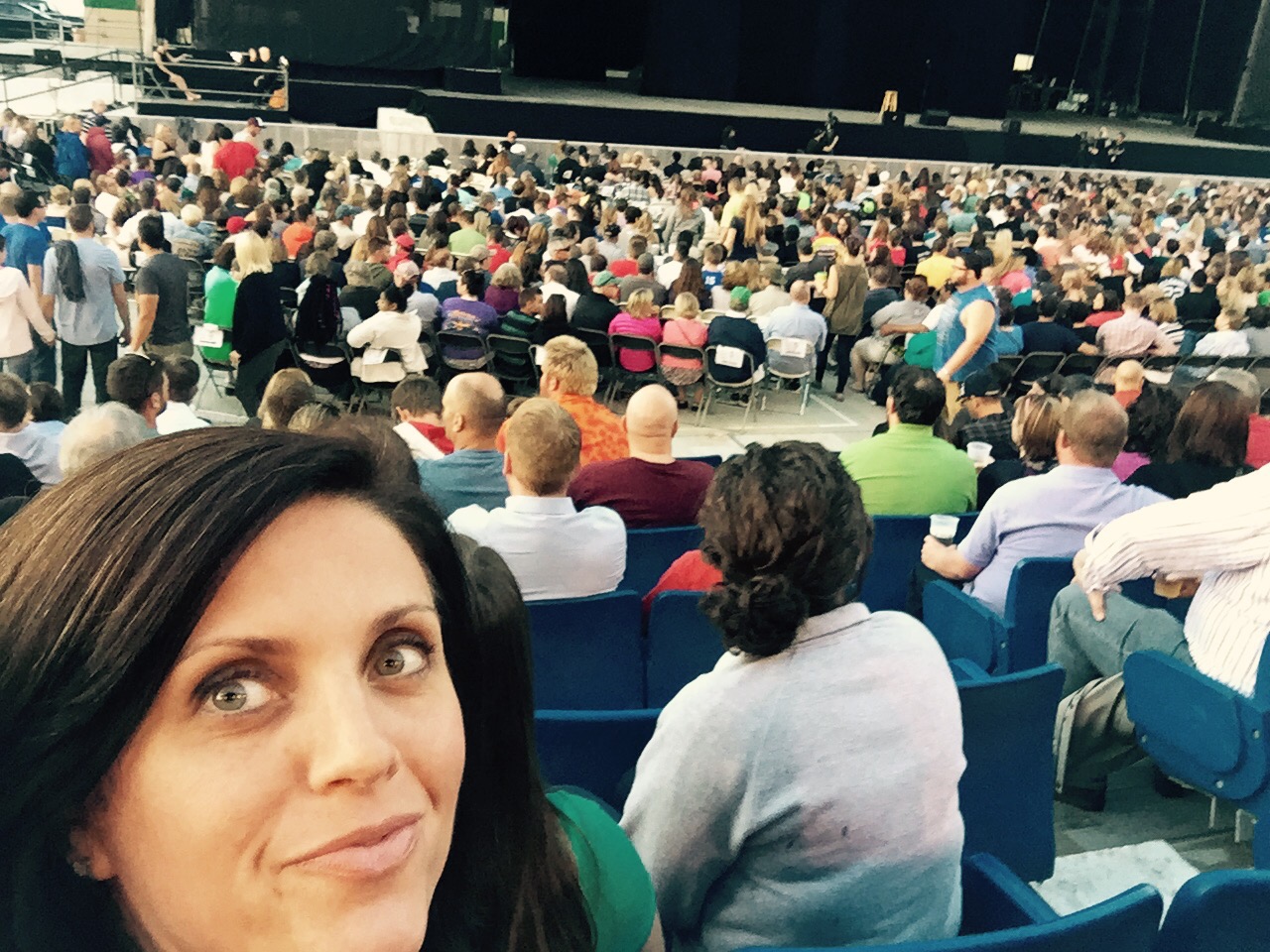 There was one problem.  The couple directly to my right were obviously in a new relationship. They couldn’t keep their hands off each other.  The man kept rubbing the woman’s arm and she didn’t even have an itch. His hand brushed across my shoulder several times. 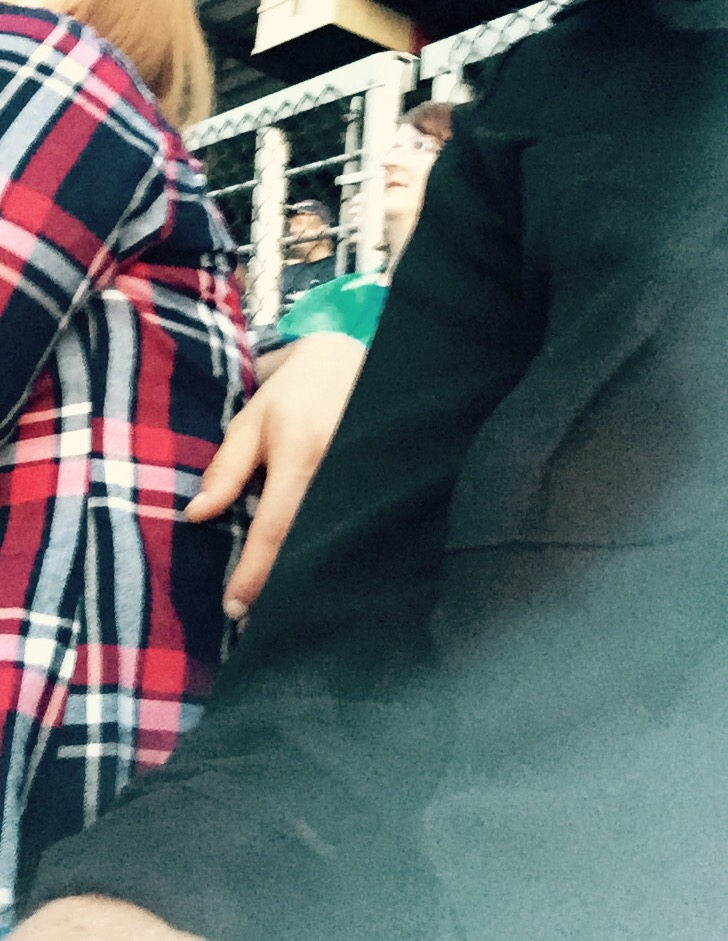 It was irritating.  There are rules when you are sitting in stadium seating.   You don’t stretch, pass gas or caress your significant other.

My son was ecstatic when Jim Gaffifan stepped on stage, but all I could see was this man’s hand going from her shoulder to elbow over and over again.  Is he going to do that the entire show?  I tried to hold my hand to my face like a visor, but my arm got tired.  So, I leaned forward so my hair blocked my peripheral vision.  If he kept this up she would end up with a brush burn.

The show was fantastic.  Jim Gaffigan’s act was hysterical.   He is much smaller in person.

Overall, the memory was worth the $100 I spent for tickets, gas money and the cost of French fries in a dog bowl. I love my son and enjoy spending time with him.  I could’ve done without the loving couple in seats one and two.   I give that relationship five years before they are complaining about someone else.  In ten years they will buy tickets in separate sections.  In fifteen they will be chauffeuring their son to a show.