I spent part of my day cleaning out junk drawers.  And I wonder why I am never featured in the “Movers and Shakers” section of the local newspaper.   Apparently, you have to succeed or something.

There is a little bit of a hoarder in all of us.  That is why drawers were invented.   There isn’t any room left in the junk drawer in my kitchen and the one in my bedroom was filling up fast.  So, I decided to clean them out before I end up on TLC.   I’m fine with scrubs and chasing waterfalls.  I don’t want to be on a reality show that both horrifies and entertains people.

I was disturbed by some of the things I had saved.

One of the things in this picture made me weepy.  No, it is not made of enamel.  Why in the hell did I save my child’s tooth?  It was probably the first to fall out, but that’s gross.  The hospital wristband is the one I wore the day my son was born.  I can’t bring myself to toss it in the garbage.  The tooth was taken by the Hefty Cinch Sak fairy. 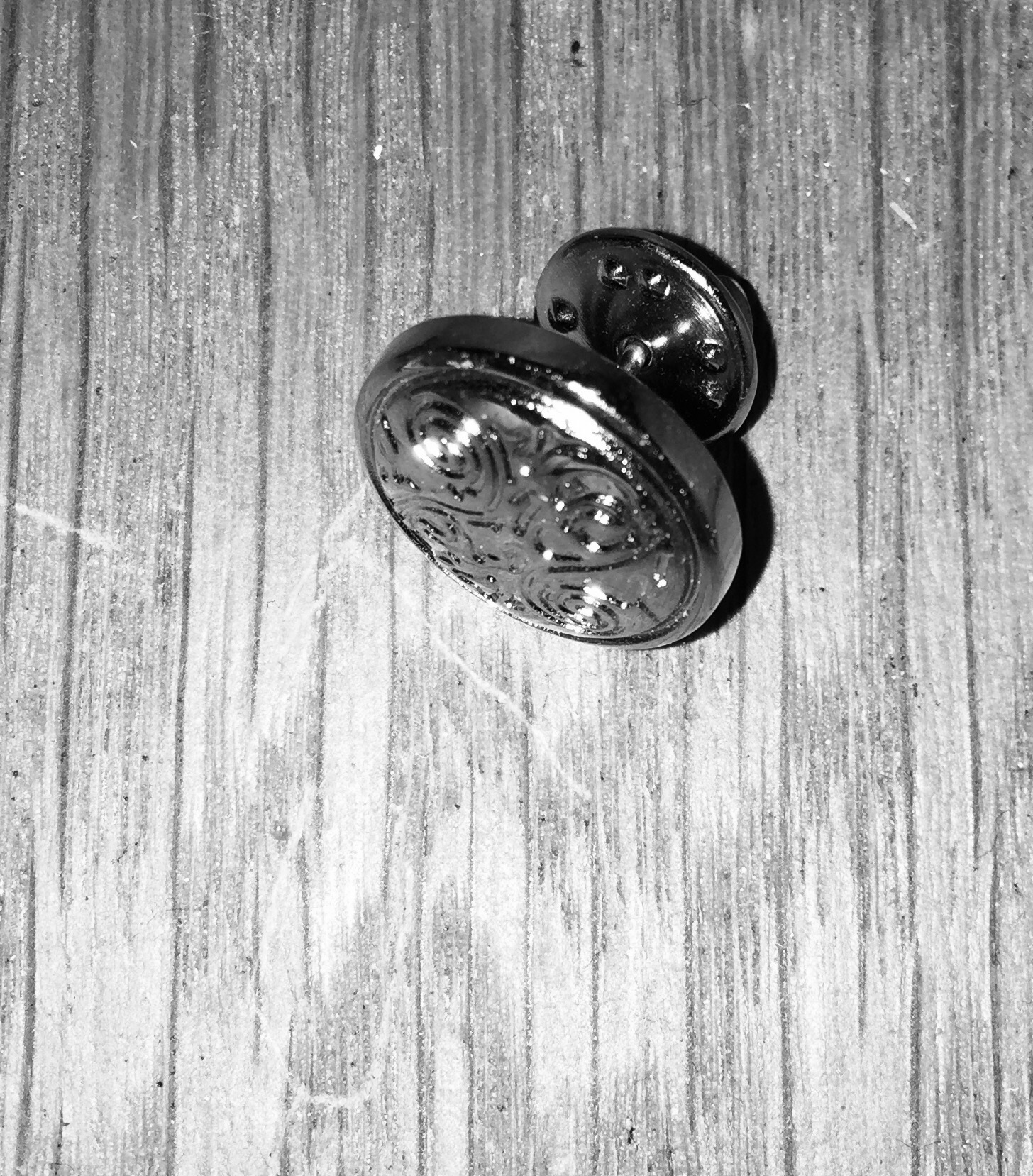 I bought this at the Dollar Store when I gained weight.   Why exercise when you can just make the waist of your pants larger by adding a button? It is the step below buying elastic pants.  The button worked until I sat down and it shot through the air like a missile.  I am lucky nobody was seriously injured. 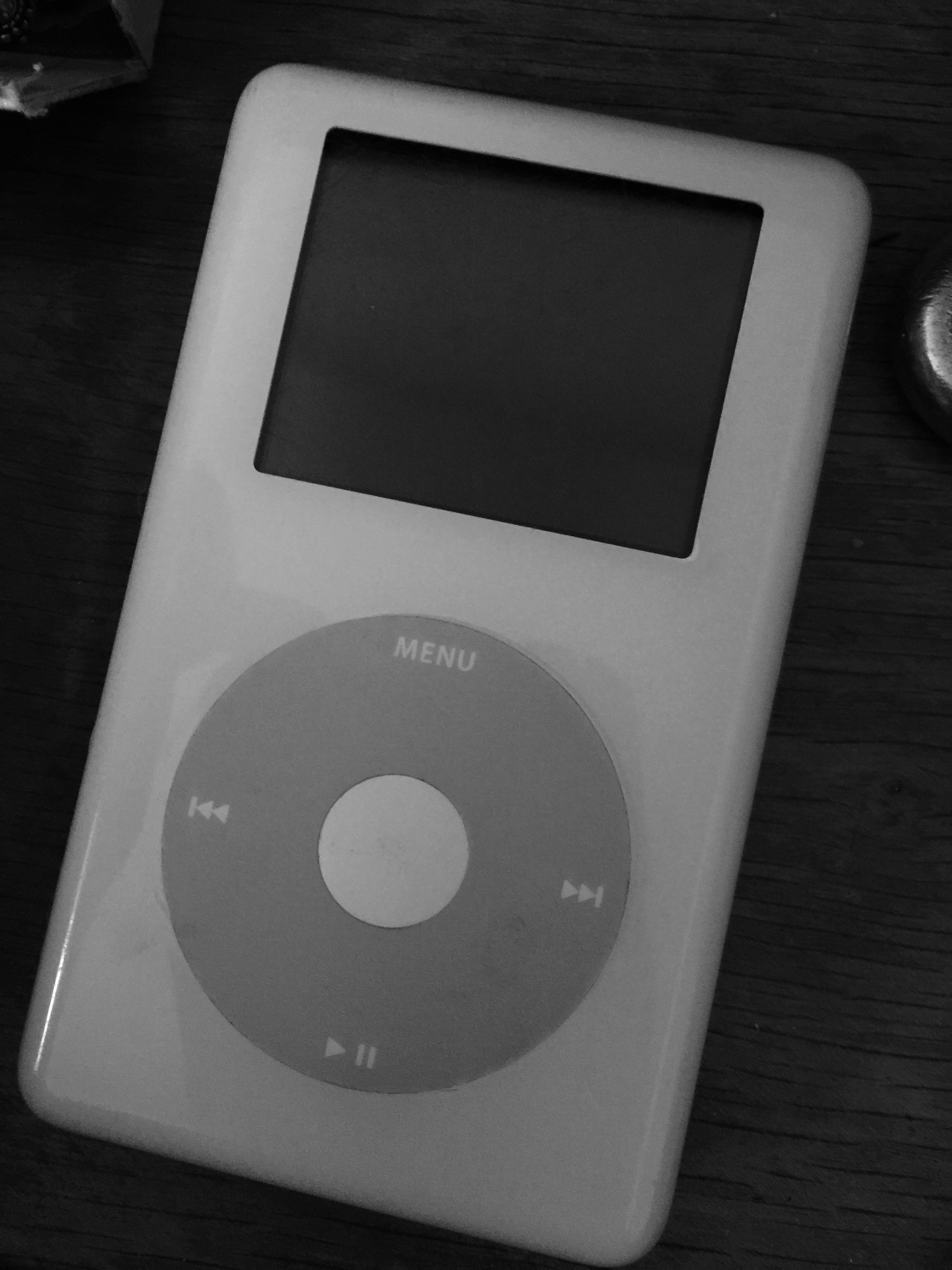 This is the 1st Generation IPod.   It doesn’t work.  I am hoping to fix it and show the grandchildren how difficult life was before they were born.  You can’t use it to play apps, videos or pretend to have the perfect life on Facebook. 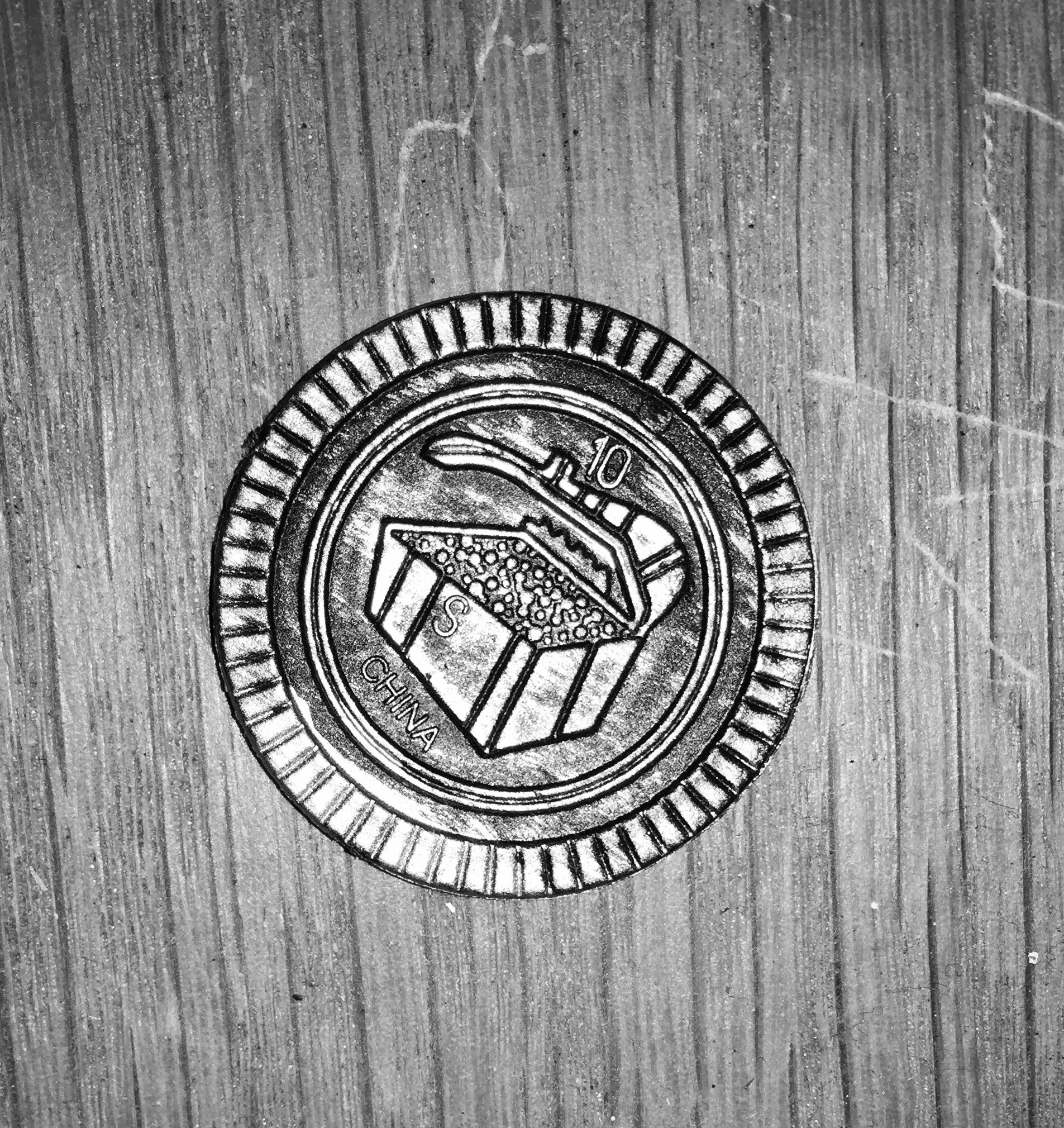 Apparently, I stole this from One-Eyed Willy.   We used most of the treasure to save the neighborhood and stop the construction of the golf course.  Of course, the Fratelli’s didn’t make it easy. 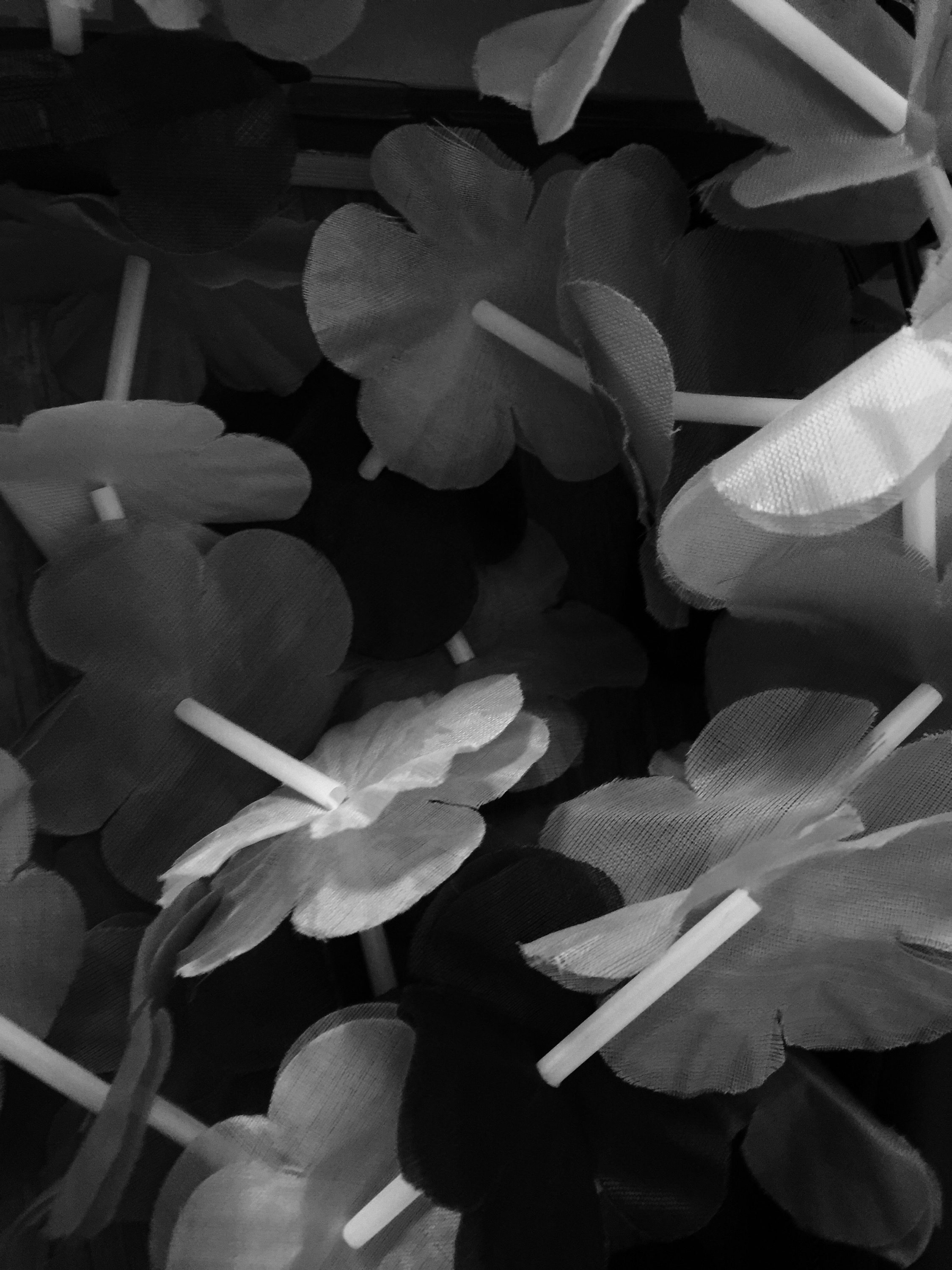 You just never know when you will be invited to a luau.   Doesn’t everyone have an artificial flower leis in a drawer? 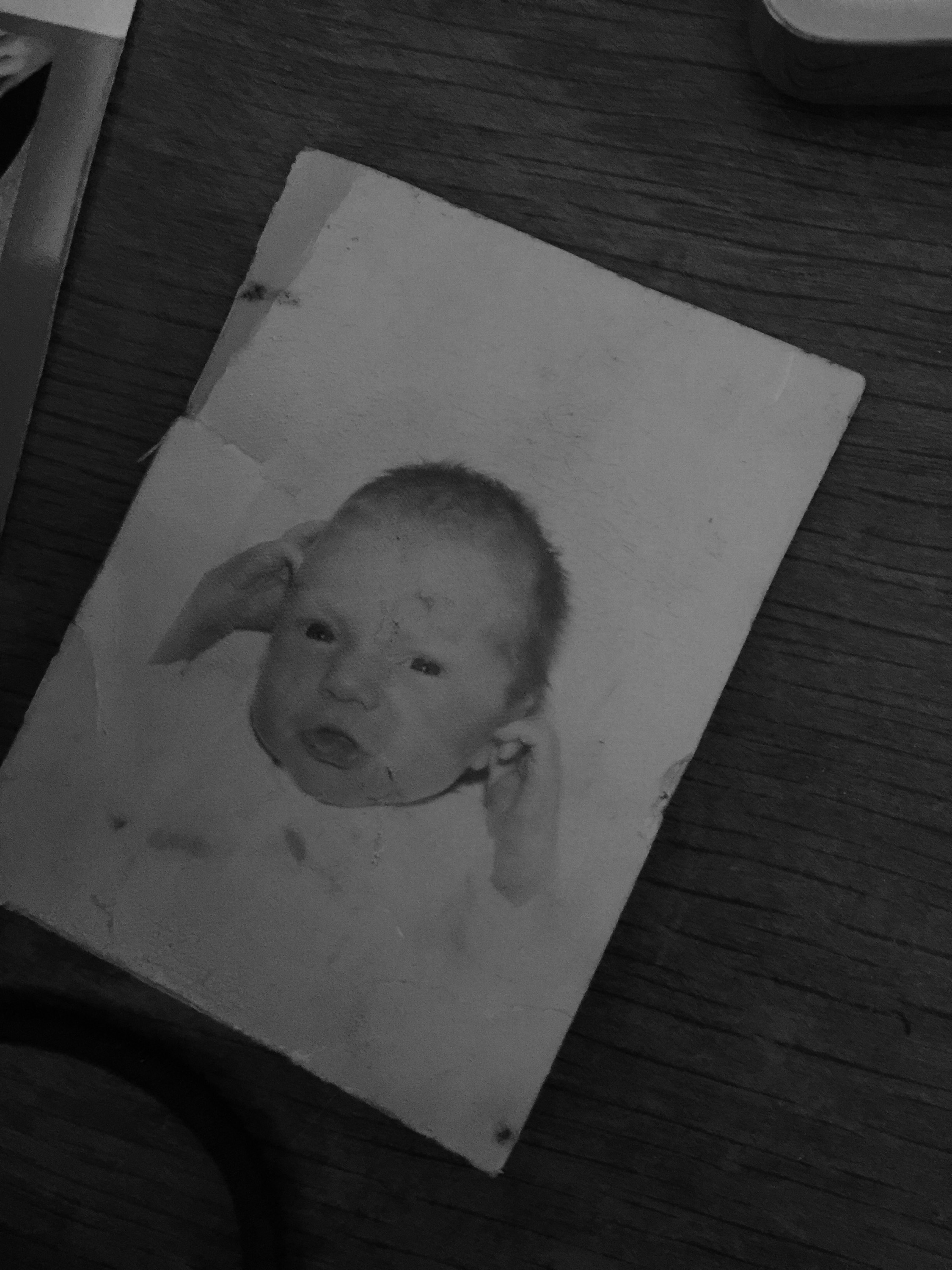 Among random nails, screws, rubber bands and a deck of cards was this gem.   It is a baby picture of yours truly.  Hours from the womb and I was already plugging my ears when people were talking.  I have to keep this because it is one of a very few pictures that exist of me in my younger years.  I have no idea what I looked like between three months and three years old.  And people wonder why the middle child is so bitter. 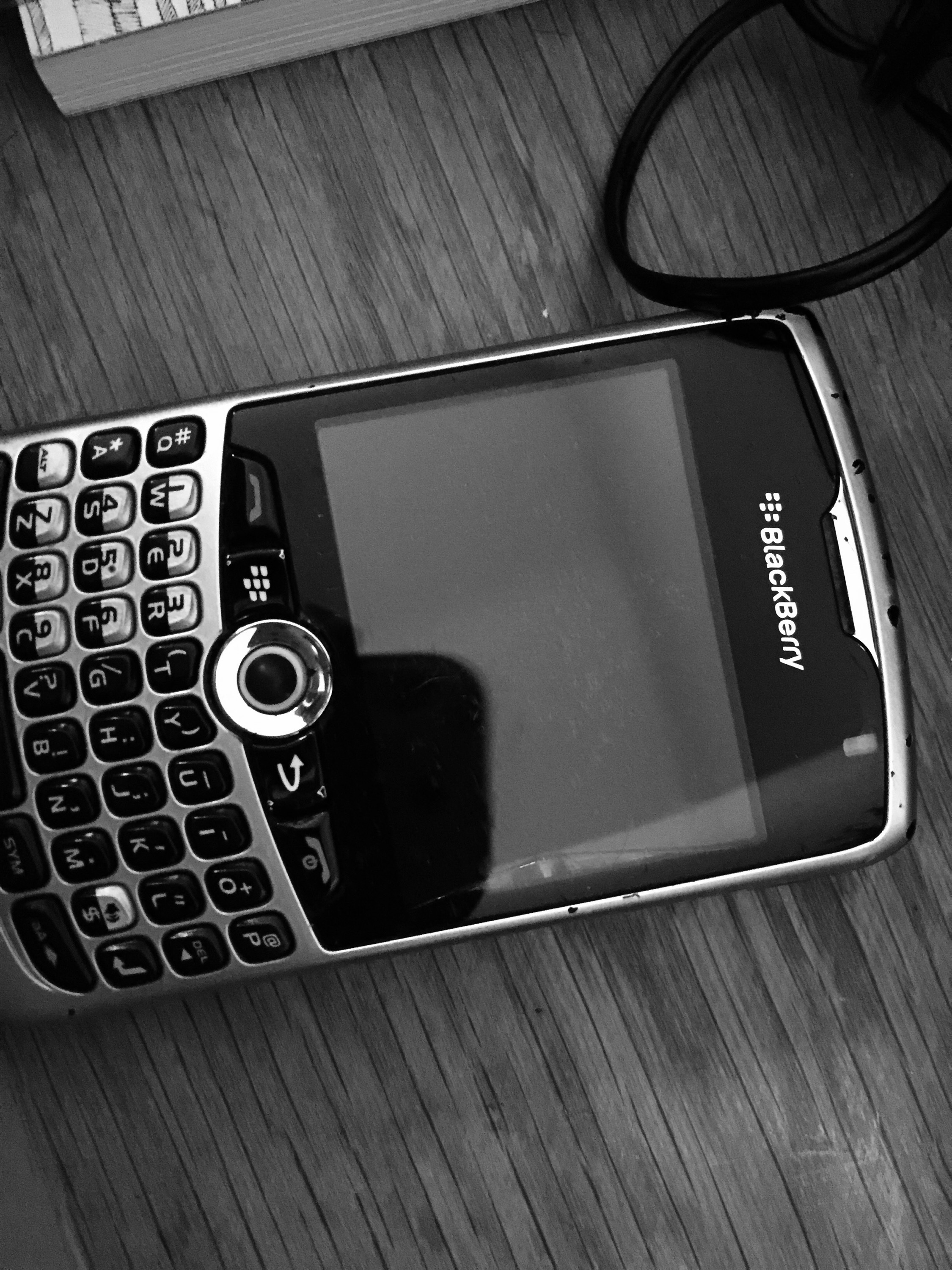 I have no idea what that is.