I thought taking my children to an amusement park was exhausting.  That was until I took an 8-year-old and 5-year-old to the grocery store.  Now, spinning violently on tea cups while children scream at 130 decibels seems pleasant.  I usually make the trip alone.  I save money flying solo.  Children want everything they see on TV.  I mean everything! For example, my daughter has an unhealthy obsession with OxyClean.  She acts like a teenager at a One Direction concert when we walk down the detergent aisle, “Mom, look it’s Oxy Clean!”  It actually works, but she doesn’t know that.  She has been brainwashed by commercials.  So, my children want the cookies, yogurt, potato chips, etc. they saw on a commercial.  Stroll around a supermarket on any given day and you will see a woman, with clenched teeth, telling her children, “I said no!”   This time I managed to escape with only a few extra items.  We made our way to the checkout and of course, there are two dozen cash registers, but just one lane open.  So, I had the bright idea of going through the self-checkout line.  I was embarrassed I made that call.  It was another rookie move.  This wouldn’t be any quicker with two children.  I just made their dream of playing with the store scanner a reality.  They got a burst of endorphins every time they heard a beep.  This was so fun! It was fun for them.  It was excruciating for me.  They wouldn’t put the item in the bag fast enough after scanning it.  Therefore, I heard ‘Please place item in bagging area’ over and over again.  “Mom, what did she say? What was that?” 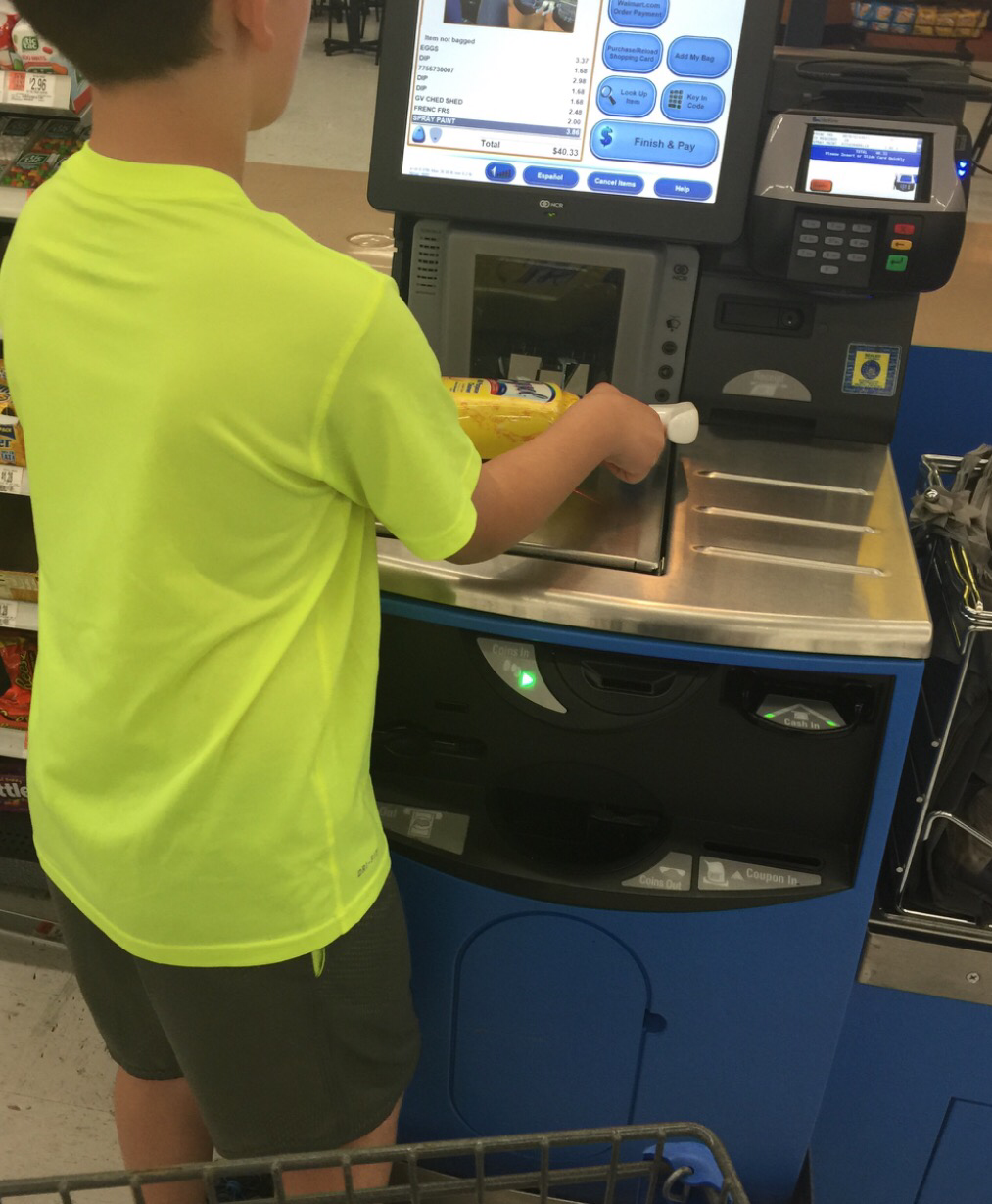 I instructed my children to put the item in the bag and explained each item was weighed to make sure we didn’t steal.  My daughter got defensive and said loudly, “We aren’t stealing!” I’m surprised security didn’t come running. My daughter was talking about a crime and I was arguing with the machine.  “It’s in there!”  All that was missing was a straitjacket.

I encouraged my offspring to put the items in the bags faster. I just wanted to get the hell out of there, but it wouldnt be that easy.  ‘Unexpected item in the bagging area.’