The amusement park is so much fun when you’re not there. Everyone is happy when you announce you’re going. There is a palpable excitement in the air on the drive to the park. The walk from the car to the gate is a G*d damn riot. Then, when you are a parent, that is where the party ends and the work begins. In the commercials Mom is carefree, laughing and relaxed. You never see a woman struggling, sweat dripping down her back as she tries to navigate a red wagon through a crowd of people. She isn’t carrying a bag of towels and snacks while one child whines that her feet hurt, another is hot and the third doesn’t want to be seen with you. The mom in the commercial is rich because she can afford to fork over $25 to rent a locker. What happened to renting lockers for 50 cents? Are they renting magic lockers now? Will it turn Keds into a pair of Christian Louboutin heels? I also need to know why people have to stop in the middle of a walkway to have a conversation? You deserve to take a Radio Flyer wheel to the ankle for blocking traffic. I have to get to the Ferris wheel mother f**cker. 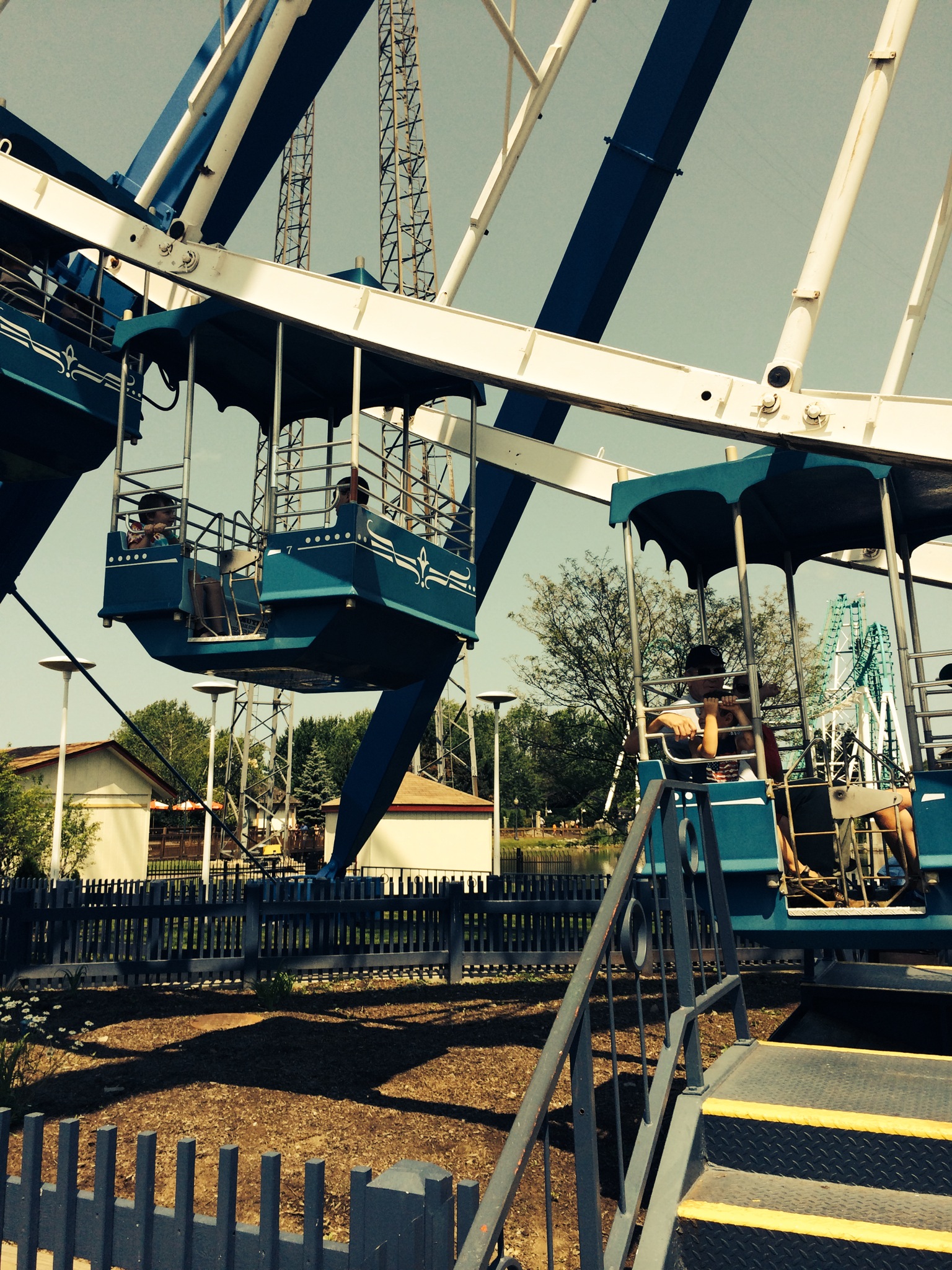 I took my children to the amusement park over the weekend. There were moments during the day when my children were happy. The sound of my daughter’s giggle gives me goosebumps. My son’s smile is contagious. I live to make them happy. Why else would I willingly go into a wave pool with dozens of strangers? It’s like taking a bath with the “People of Walmart.” It is a stressful bath. I am trying to watch all three children as waves crash into them. Each is standing in a different depth of the pool. On this particular day, I was beside my daughter when I lost sight of my 7-year-old. My heart was racing. He can swim, but he isn’t a strong swimmer. I paced back and forth, standing on my tip toes. It was less than a minute, but seemed like forever until I made eye contact with him. His face lit up. I waved, turned around and lost my footing, colliding
with a heavy set man with more chest hair than Austin Powers. I slid down his hairy, sticky chest. I don’t know why it was sticky. I don’t want to know why. I touched a sticky Yeti because I wanted to make my children happy. It’s just what moms do.