Since Bravo decided to play “The Fast & the Furious 99” tonight I had no choice, but to search for another form of entertainment. Thankfully, Kanye West is still crazy and his Twitter feed fulfilled my craving for drama. He is apparently in a fight with Jimmy Kimmel.  Kanye is mad that the late night talk show host spoofed an hour-long interview he gave to the BBC. Who in their right mind would let Kanye West talk for an hour?  Do the Brits have MTV?  Well, Kanye’s designer panties are in a bunch. So, how do reasonable human beings resolve conflict?  Kanye did the opposite and turned to social media, duh. 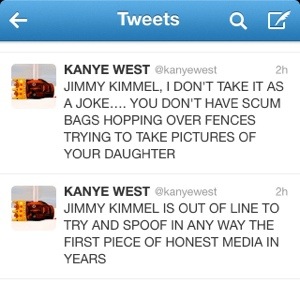 It went on and on, with some vulgar language and insults. Jimmy responded: 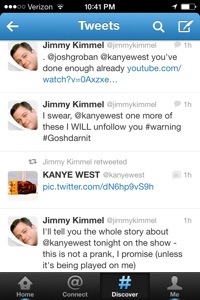 The best part of this cat fight was discovering this little gem Kimmel did a few years ago. It is fantastic!