There is only one way to end this stellar day and that is binging on a heaping pile of waffle fries before midnight at an airport restaurant. A few women, whose diet likely consists of water and rice cakes, stared in envy. A guy in a Duck Dynasty sweatshirt gave me a thumbs up. #WINNING

My journey to the Big Apple is coming to an end. I was invited to a screening of Jason Bateman’s directorial debut, “Bad Words.” (The film is set to be released on March 14th.) I brought my good friend Kristin with me. We stopped for a drink at Tao before the movie. (Oh, you fancy, huh?) 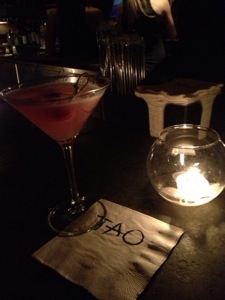 There were already a dozen people seated when we arrived at the screening room. I caught a glimpse of the guest list which included The New York Times, Washington Post, Huffington Post, etc. “Are you sure they meant to invite you,” Kristin asked. (Aren’t friends great?) These were professional film critics. I didn’t even have a pen. They were wearing trendy glasses and cool jeans. My shirt had two grease stains that looked like testicles. I knew I should have worn a bib at lunch. They discussed books they’ve written and movies they recently reviewed. We took a selfie in the incredibly comfy chairs. 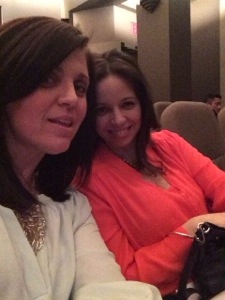 We were just two mom’s excited for a night out. I am not a scholar or a film expert. I am not going to discuss the historical and cultural contexts of the film. I can tell you the movie was funny as hell. (LOL x 100)Bateman plays Guy Trilby, a 40-year-old who weasels his way into a national spelling bee. You don’t learn until the end why he was vying for the trophy. Bateman’s character is an asshole, a likeable asshole, but an asshole nonetheless. It is a far cry from the yuppie family man which he is usually cast. Imagine Derek Taylor (Silver Spoons) meets Howard Stern. The script is vulgar, but the story is sweet and yes, yes, yes there are scenes that will make your jaw drop.

If you are easily offended stick to watching old VHS tapes of Little House on the Prairie. You won’t hear Laura Ingalls compare a vagina to an old sweat sock or witness a grown man convince a kid his mother is a whore to break his concentration during the competition. You also won’t laugh. The critics can say what they will, but that room was bursting with laughter. Midway through the film I predicted the ending, but not the route Bateman took to get there. The film took several unexpected turns. One thing didn’t shock me: Bateman is a talented actor and director. From the opening sequence to the last shot Bateman nails it. Valerie would be so proud.