There is no turning back. I did something that makes it impossible to deny being middle aged. I went to Bingo. This was the real deal. A handwritten sign outside the door directed you to the basement of a church. Elderly gamers got there early to set up. Dozens of rainbow daubers lined each table. Several players had stuffed animals for luck. You thought that toy you won at the carnival was junk? I bet you feel like a fool now. These ladies weren’t playin’. They brought dinner, dessert and snacks. My sister-in-law told me that one time a woman shit herself and played through. That is dedication or a person with a serious gambling addiction. The pot per game is only around 30 bucks. On this particular night there was a lot more at stake. The jackpot in a game to find the queen of hearts had been building since last July. You buy tickets and if your number is drawn you get to pick a card. You get the queen, you get the jackpot. Well, there were only two cards left. The jackpot was now over $15,000. Good Catholics know how to gamble.

My sister-in-law saved me a seat. The room fell silent when the first ball was picked. Gone are the days of across, down, diagonal Bingo. You can win with a postage stamp, Z, U, around the outside, etc. Plus, there was a bonus ball. My head was spinning. I had four cards to stamp at once.

The tension builds and builds.
Then, you hear it called somewhere in the distance, “Bingo!” Bitch! I was so close. After losing a handful of times I wanted to stand up and shout, “Liar!” At one point I thought there was going to be a brawl. A woman made the mistake of standing up during a game. Sweet old ladies wearing orthopedic shoes grunted, “Down in front!” I also learned waving dollars in the air at a Bingo hall is much different than doing it at Bada Bing! I didn’t win the jackpot, but I took this Bingo hall selfie: 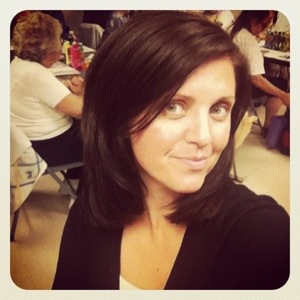