I need to go on a rant. A recent news story got under my skin. You may have read about the un-retouched picture of supermodel Cindy Crawford that went viral. The photo was from a 2013 cover story shoot for Marie Claire magazine. 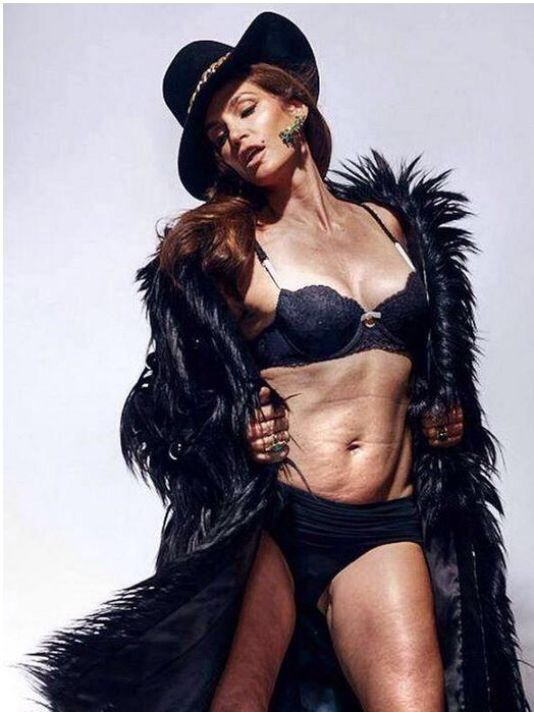 People online applauded Crawford for showing the world what a “real woman” looks like. Apparently, none of these people have seen the HBO show Girls. I don’t think Lena Dunham owns an article of clothing and she is very real. I have been flaunting extra flab and cellulite for years without praise.

Cindy Crawford did not release this photograph. She isn’t on a solo mission to change how women are portrayed in the media. The picture was leaked on Twitter by British journalist Charlene White. The supermodel isn’t outing the industry for photoshopping pictures. She isn’t our hero. In fact, I bet she was less than thrilled when the picture made headlines.

Marie Claire is not putting the au naturel shot in a magazine either. The publisher did not want you to see what Cindy really looks like. The photoshopped picture from that shoot already went to print.

One columnist expressed sympathy for Crawford and called the unauthorized release of the photograph ‘body shaming.’ I disagree. She looks beautiful.

Besides, I don’t feel sorry for a woman who made millions of dollars by making the rest of us feel inferior. She rose to stardom because of her looks. I felt less beautiful when I saw her magazine spreads. As a teenager I skipped meals trying to get her body. I compared myself to a perfect woman that didn’t exist. My 5-year-old saw the photograph while I was writing this post, “Mom, she has a squishy belly like you!” I replied, “Yes, I guess that makes me a supermodel, too.”

One Response to Freedom