Celebrities are just like you and me, right? US Magazine tries to prove it month after month with a section titled: “They’re Just Like Us!” It’s full of shots, snapped by Paparazzi, of stars just being regular folk. ‘They chew with teeth.’ ‘They clap with their hands,’ They walk one foot in front of the other,’ etc. Etc. I thought about this while watching the Academy Awards ceremony. I should clarify. I did not watch the entire show. I caught the opening segment, gave children baths, herded them to bed, watched some French guy refuse to wrap up his speech even when the music played, cleaned puke off a wall, took a shower, saw Patricia Arquette go all Susan B. Anthony on the crowd, folded laundry, emptied the dishwasher and packed school lunches. I was fortunate enough to see the incredible speech by Graham Moore. He won an Oscar for “Best Adapted Screenplay” for the “Imitation Game.” Moore talked about how he tried to commit suicide when he was 16-years-old because he felt like he didn’t fit in. Obviously that wasn’t the incredible part. It was his advice for kids like him that gave me goosebumps.

“I would like for his moment to be for that kid out there who feels like she is weird or she’s different or she doesn’t fit in anywhere, yes you do. I promise you do. Stay weird. Stay different.”

Amen! He definitely earned his Oscar swag bag with that inspiring speech. The only gift bag I ever received for attending an event contained a key chain flashlight, a water bottle and coupon for French fries. Celebrities got a $168,000 swag bag complete with a vacation, liposuction and luxury condoms. What is a luxury condom? Is it bedazzled with diamonds? Ouch.

I don’t think I spent my weekend like a celebrity either. On Friday I painted a stand I purchased from the Salvation Army for $4.99. It was a wild and crazy night.

On Saturday I returned five large garbage bags of soda cans to the store. I know the organic food nazis just let out an audible gasp. She drinks soda? She occasionally allows her children to drink carbonated beverages, too? Yes. I am the worst mother in the world. Anyway, there is a new business in town that counts the cans for you and forks over the cash. You no longer have to manually put each can or bottle into a machine. Only in America do we complain about having to raise an arm in the air to get a cash refund. I carried two bags into the store and returned to the minivan to get the rest. Unfortunately, one of the bags had shifted during the drive. It is unfortunate because of what happened next. I had to climb inside to dislodge the bag. There is nothing sexier than the ass of a middle aged woman sticking out the back of a minivan. I will give you fellas a minute to process that image. You’re welcome.

I grabbed the bag and managed to get one foot back on the ground. Just one. My other boot got stuck on something. There was nothing I could do. I was going down. Somewhere Pitbull was yelling “Timber.” I landed on my back. I hit hard. My head bounced off the ground like a tennis ball. 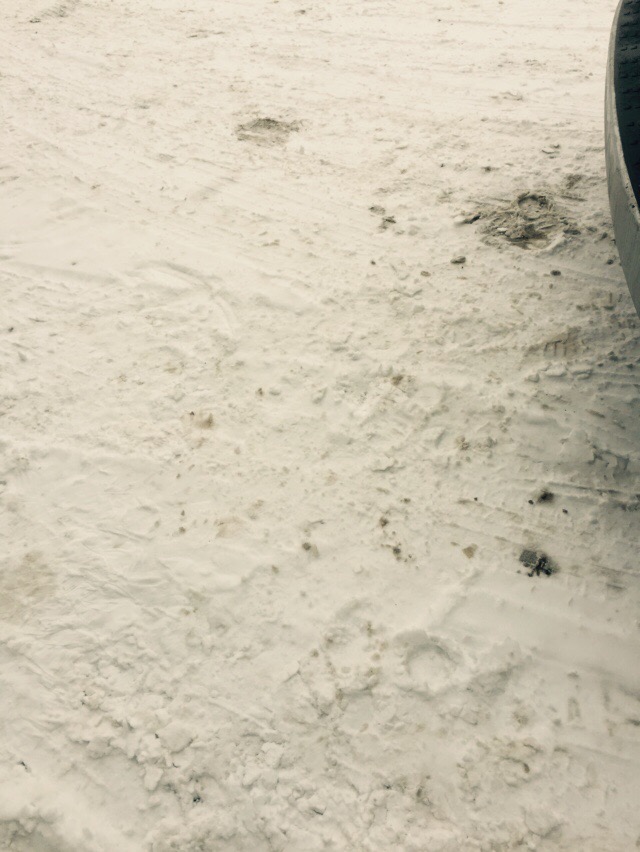 I cursed and moaned as I pulled myself to my feet, looking around to see if anyone witnessed the fall. I could of broken a bone or had a concussion, but my first concern was whether or not someone was laughing at me. It was quiet. Then, off in the distance I heard, “Are you alright ma’am?” Not only did someone watch me bite it, but he called me ma’am. “I’m fine,” I said. He wasn’t satisfied with that answer, “Are you sure?” No. I wasn’t sure. I just wanted to get the hell out of there before I died of humiliation. Besides, if he was so damn concerned why didn’t he run over to help me get up.

I brought the rest of the soda cans into the store because I’m not a quitter. 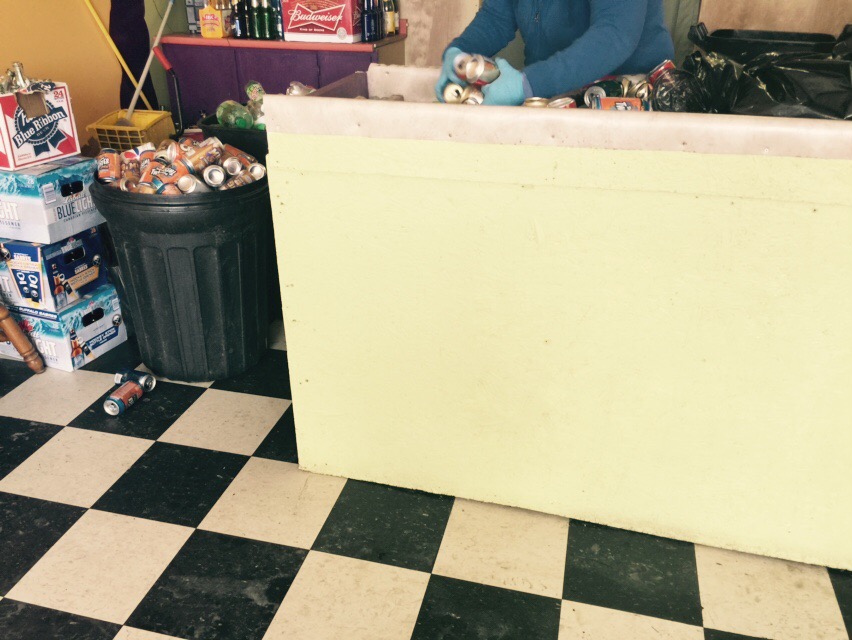 I walked out $46.55 richer. I’m also one step closer to being a celebrity….when the store surveillance video goes viral.