love you to the moon

My 6-year-old daughter has started a diary.  Tonight’s entry  began with “Wow.  Octoeer was a great year….”  We will work on the spelling of October and timeframes, but you get the point.  She was happy.  Today was her birthday. 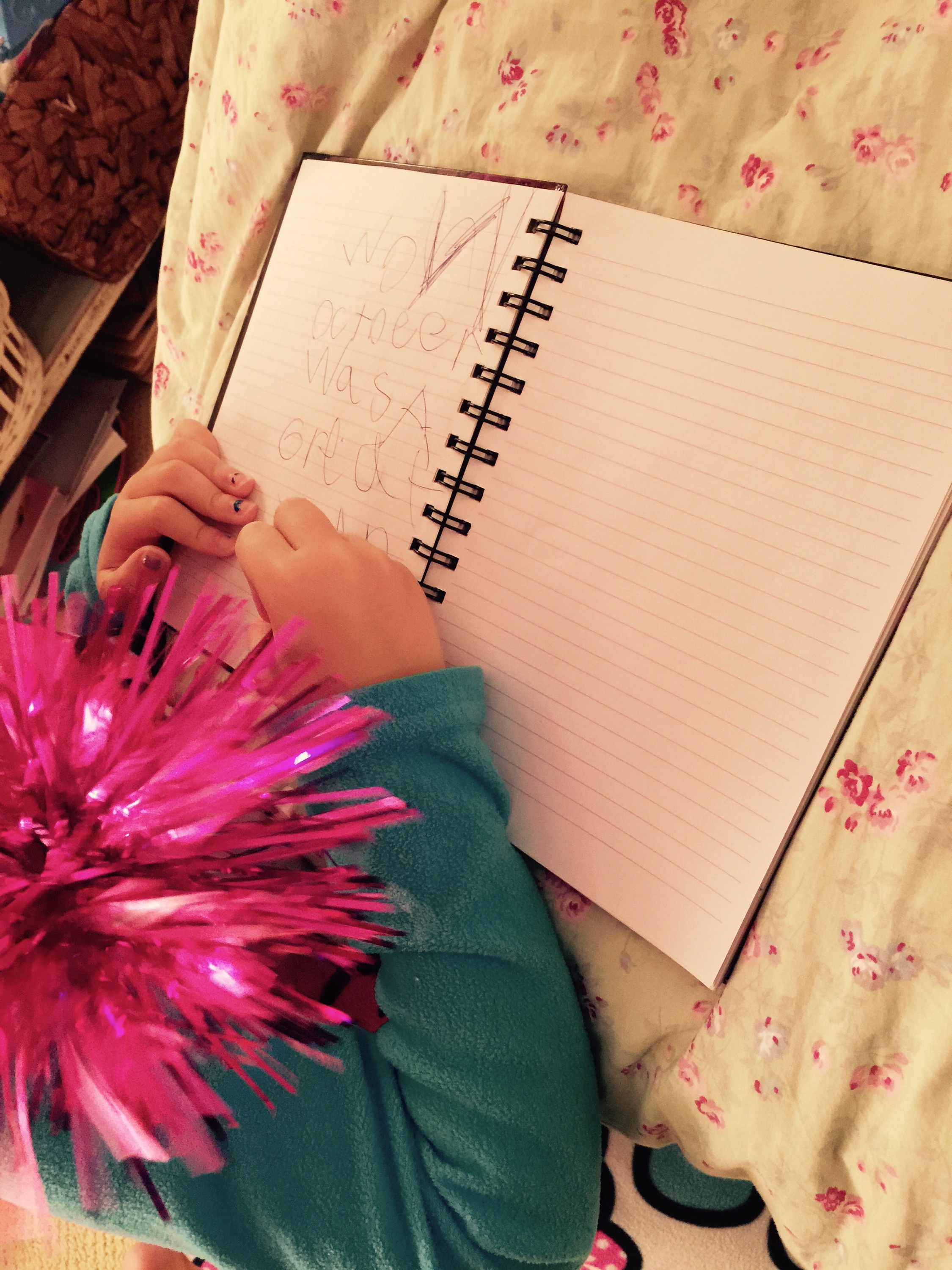 She was showered with presents and love.  The latter being more important.  She will figure that out when she is older. For now, toys made in China are just as valuable.

This little girl has brought so much love, laughter and hair bows into my life.  Sure, she told me a few days ago that my mouth smelled worse than garbage.   I am still trying to figure out what she was referring to.   What is worse than garbage to a first grader? Much like the question ‘How many licks does it take to get to the center of a Tootsie Roll Tootsie Pop’  …..the world many never know.

My daughter was much more complimentary this evening as I tucked her into bed.  “I had the best day ever, Mommy,” she said.   It was at that moment I received a text message from a friend with three heartbreaking words: “She is gone.”  She is a local teenage girl named Courtney Wagner.   This 18-year-old inspired thousands of people during her four year battle with brain cancer.  I never had the pleasure of meeting Courtney, but like many I followed her story.  Courtney’s mother, Jamie, documented her daughter’s courageous battle online.   Courtney was featured in many local news stories and even appeared on The Ellen Degeneres Show.  Her positivity was contagious.  In her daughter’s final days Jamie Wagner posted heartbreaking updates.

“No mother should ever watch her child fade away.”

“Courtney has not spoken today…..I miss her voice already.”

“Courtney is resting….I could sit in her room, holding her hand forever. I wish I could.”

She posted a photo of Courtney, around my daughter’s age, in pigtails.

“Never in a million years would I have imagined what the future held for her.”

Just a few days later Courtney took her last breath. My heart aches for her mother, family and friends. 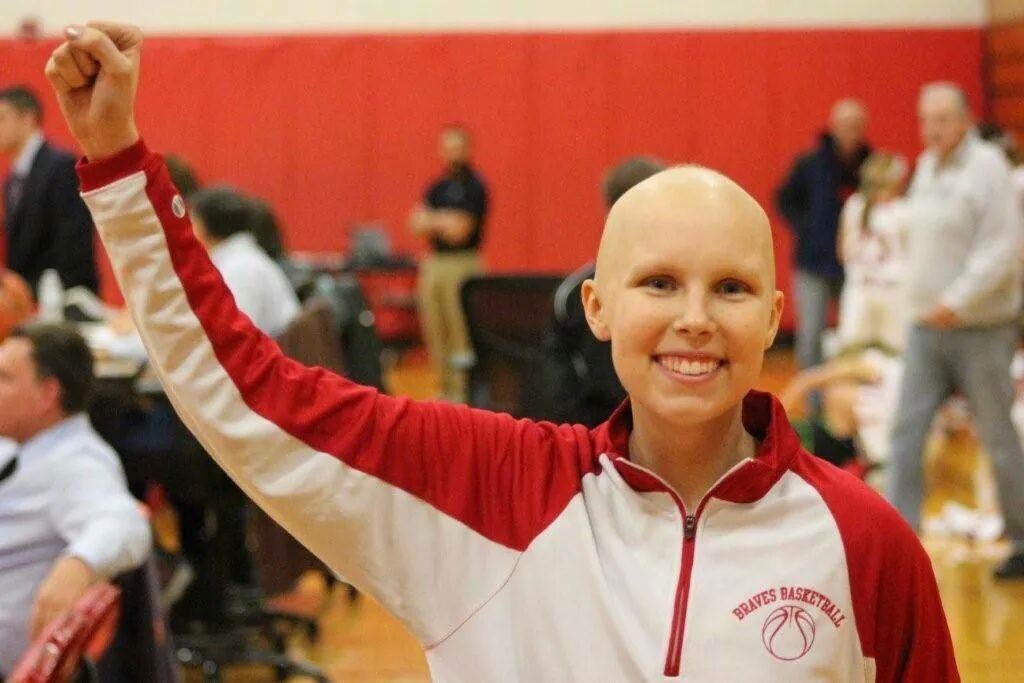 I was inspired by their courage and reminded how fragile life is.   Lately, I stop and really listen to my children’s stories – no matter how long or nonsensical they are.    I find myself appreciating tasks that I may have quietly complained about in the past: helping with homework, making lunches, ironing their clothes, etc.  A few days ago my son informed me that he needed to be chauffeured back to school because he forgot a notebook.  This quick trip put a kink in our plans.  I had to load all three kids back into the car which would make us late for another appointment.  In the past I would’ve moaned and lectured him about being responsible.  But on this day I thought of Courtney and how her mother would give anything to be in my shoes.  I thanked God for my children and responsibilities.  I prayed for the Wagners. 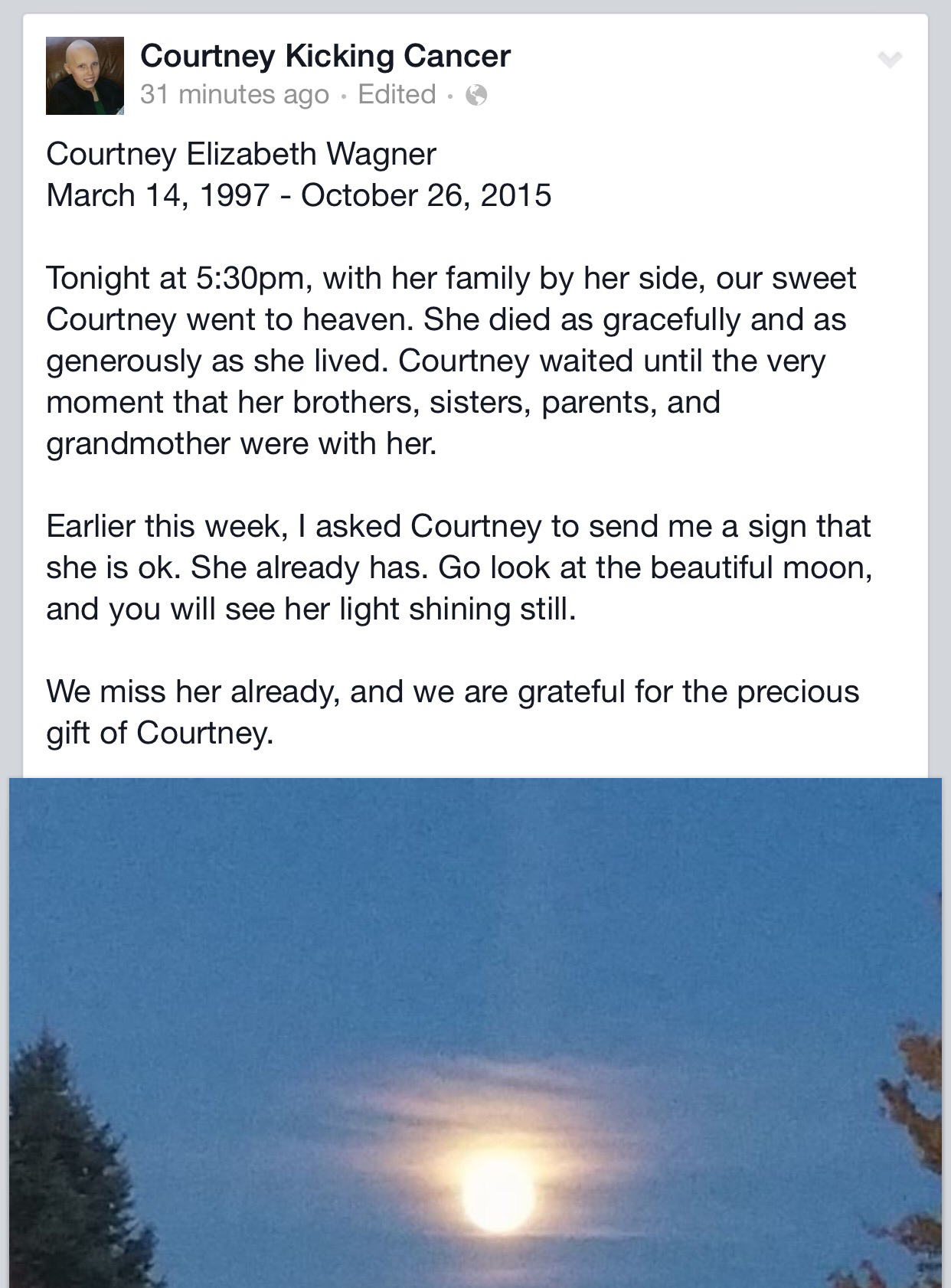