A pre-school teacher is being criticized for a letter she penned to parents. Take a look:

I don’t see anything wrong with it. Sure, it would have been more professional to speak to the parents face to face. Perhaps, she suspected the parents would become argumentative or even violent. Maybe she couldn’t find them. Calling social services would probably be a waste of time. Would you take offense if your child was well taken care of? I wouldn’t.  She clearly wrote this note while being held hostage because there is no way a teacher’s handwriting can be that bad.  I don’t agree with the fact that she wanted the children to read it.  I also find it odd that she expects a 3 or 4-year-old child to sign his/her name?  Is that part of Common Core?

I heard someone say the teacher should expect to have children in her class with dirty clothes and/or bodies. After all, the school is in Buffalo, NY, a high poverty, urban community. My grandmother, who raised six kids alone after leaving an abusive relationship, always said, “being poor is not an excuse to be filthy.” They didn’t have much, but they had self respect. They bathed, clothes were washed and their house was clean.
When my husband and I were first married we didn’t have two nickels to rub together. He was a private in the U.S. Army. I think the cashier at McDonald’s made more money. We used a futon for a couch. At times, I washed clothes in the bathtub. There is no excuse.  Yes, there are good people who end up in bad situations.  There are good parents who have no where to turn.  If that is the case I hope they get the help they need.  However, after there are many more parents who just suck and should not be allowed to have children.

These children deserve better. They don’t want to, nor should they have to walk around looking like Pig-Pen. Perhaps their parents should trade in the flat screen TV for a bar of soap. Maybe they should spend cigarette money at the laundromat. 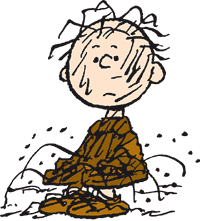 Kudos to this teacher! I hope the district doesn’t punish her for doing what is best for these children.