I would like to apologize to our neighbors and plead with them not to call child protective services. My 6-year-old was not being abused last night in spite of the screams reverberating through the street. He lost a tooth. Yes, that is it. He loses his mind at the sight of blood. Actually, he goes to the school nurse for even the tiniest scratch. His tooth was dangling by a very thin thread. With one gentle twist it broke loose.

Once the tears dried my kids were imaging aloud what the tooth fairy might bring. My 3-year-old daughter, who obviously just returned to 2013 via a DeLorean equip with a flux capacitor, said ,”The tooth fairy is going to bring chocolate coins wrapped in gold paper.” Settle down Willie Wonka. The penny candy store closed a few decades ago. In our town it was a little corner shop in the basement of a house called “Quartley’s.” What the hell were our parents thinking sending us in there alone? Mr. Quartley was absolutely miserable. Can you blame him? We would go into the store with a quarter and leave with 10 different pieces of candy. I will take one Sour Patch Kid, two juju fish, one tootsie roll, etc. Mr. Quartley scooped the candy into small brown bags with his bare hands. We didn’t ask or even care if he washed his hands after taking a #2. His hairy fingers were the only thing standing between us and sugar.

My oldest told my 6-year-old he would get money under his pillow. I envisioned my son nagging me to take him to the store to spend the $5. He would be pissed when he realized five bucks doesn’t even buy a bubble wand. My kindergartner must think the Tooth Fairy is related to Santa Claus because he declared, “The tooth fairy is going to bring me a toy!” He smiled revealing the cute gap in his mouth.

F***! I was ready for bed, but couldn’t let my son down. So, I drove to Walmart at 9 o’clock. I purchased a new Superman Lego because I haven’t stepped on nearly enough Legos. I actually walked around all day with a Lego arm down my shirt. It’s the most action I’ve gotten in a while.

The Lego cost slightly
more than a $5 payout. However, If I didn’t go to Walmart late at night I would have missed seeing a man wearing a dog collar, a woman watching a movie on the Vizio flat screen TVs or my husband’s Father’s Day gift: 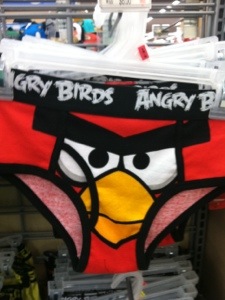 My son woke up this morning and immediately noticed the toy and note.

You are a good boy! Now, that you lost your first tooth you are becoming a big boy! Good job!