My kids are brilliant. I know, we all think we birthed Einstein when they are toddlers. Jimmy knows all his colors. Susie can already count to ten. Blah, blah, blah. Those kids usually peak too soon. My first born could barely hold a crayon and was roaring like a dragon in everyone’s face in pre-k. I thought it was cute. Apparently one kid was afraid of him. His mother invited us to her house for a playdate. I thought she just wanted the boys to be friends. I later learned she just wanted to show her son that mine wouldn’t hurt him. She is lucky I didn’t hurt her when I found out her ulterior motive. Fast forward a decade and my 8th grader’s overall average the first marking period was a 97.79%. My first grader has already been dubbed a “Math wiz” by his teacher. My daughter’s vocabulary is ridiculous. The world is their oyster. They can be anything they want to be when they grow up. Well, anything, but Amish. We lost power tonight and it took ten minutes for them to go bananas. What are we supposed to do without the internet? My daughter entertained us for the first five minutes singing songs and telling stories. 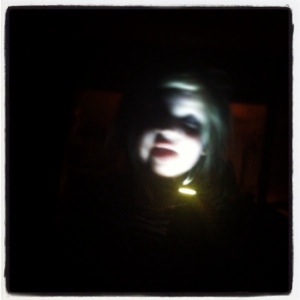 She makes up some wild stories and likes to bust into rhyme. No, it doesn’t always make sense. It’s art. Tonight, her story had a refrain that started with “tick tock…..” She would change the rhyme each time. “Tick tock went the clock, tick tock she hit the rock, tick tock on a dock, tick tock who wants a cock.” Screech! Did she really just say…? Yes, she did, but thankfully she has no idea what it meant. After a (much cleaner) encore we decided to go to grandma’s house (who still had power.) No more cock songs for us.