Who wants to volunteer?

My 6-year-old was sobbing when I picked him up from school yesterday. He held his arm over his face as the teacher lead him to the door. I thought to myself, Oh, no. What happened. Did he curse? Did he say something inappropriate to another student? He is generally a well behaved child, but with a 13-year-old brother and YouTube you just never know. 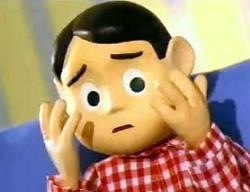 It turns out my son didn’t do anything wrong. I did. There was an assembly at his school earlier in the day. It was a ceremony to recognize classroom volunteers. Yes, I did volunteer once a week in my son’s room. Why does that surprise you? I got the memo, but envisioned an auditorium of mothers marching on stage to collect certificates. I intentionally skipped it. Well, little did I know the children would be involved. Volunteers were presented with a single rose. My son watched and waited for his Mom to show up. I never did. This is a big deal for a kindergartner. I felt horrible and took him for a guilt flavored ice cream cone. Then, I put another quarter in the “pay for kid’s therapy” jar. 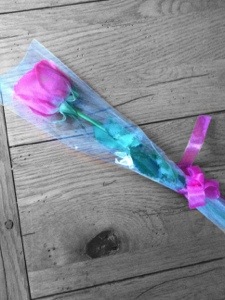 This morning I went in for my last volunteer shift of the school year. I said hello to one of his classmates, “How are you today.” He replied, “Good today, but yesterday, um, wasn’t.” I had to ask, “What was wrong yesterday honey.” He looked me directly in the eyes. “Well, your son cried a lot because you didn’t show up for our assembly.” His teacher giggled. Thanks for throwing salt on my wound kid.